One of the key talking points by apologists for Hamas in the current conflict is that it isn’t fair that Israelis under fire have bomb shelters while Palestinians in Gaza don’t have any. Among other factors, the lack of shelters accounts in part for the differences in casualty figures between the two peoples. But somehow none of the talking heads on TV ever ask why there are no bomb shelters in Gaza.

There’s no question that Hamas is outgunned by Israel. The Islamist terror group that still rules over Gaza has thousands of rockets, but Palestinians eager to cheer news of Israeli casualties have been disappointed as the Iron Dome anti-missile defense system has knocked down most of the rockets shot over the border from Gaza at Israeli cities in the hope that carnage will result. But even though Israel has gone to unprecedented lengths to avoid killing Palestinian civilians as it attacks the missile launch sites and Hamas command centers and ammunition storage areas that are embedded in packed neighborhood and especially in or around schools, mosques, and clinics, some civilians have died. Given that the Israelis have pounded the Islamists with nearly a thousand strikes this week, the approximately 150 Palestinian fatalities is actually pretty low. But still, fewer Palestinians would have died had there been places for them to seek refuge during the fighting.

The assumption is that the Hamas-run strip is too poor to afford building shelters and safe rooms for its civilians, a point that adds to the impression that the Palestinians are helpless victims who deserve the sympathy if not the help of the world in fending off Israel’s assault on Hamas’s arsenal.

But the assumption is utterly false. Gaza’s tyrants have plenty of money and material to build shelters. And they have built plenty of them. They’re just not for the people of Gaza.

As is well known, Gaza is honeycombed with underground structures from one end of the strip to the other. This doesn’t only refer to the more than 1,400 tunnels that have connected Gaza to Egypt through which all sorts of things—including rockets, ammunition, building materials as well as consumer goods–came into the strip until the military government in Cairo stopped the traffic. The chief problem facing the Israel Defense Forces in this campaign is the same one they faced in 2008 and 2012 when they previously tried to temporarily silence the rocket fire. Hamas’s leaders and fighters are kept safe in a warren of shelters build deep underneath Gaza. There is also plenty of room there for its supply of thousands of rockets and other armaments. Moreover, they are also connected by tunnels that crisscross the length of that independent Palestinian state in all but name ruled by Hamas. Indeed, when you consider the vast square footage devoted to these structures, there may well be far more shelter space per square mile in Gaza than anyplace in Israel.

If these structures were opened up to the civilians of Gaza, there is little doubt that would lower the casualty figures. Indeed, if the leaders of Gaza and their armed cadres emerged from their safe havens under the ground and let the civilians take cover there they could then show some real courage. But lowering casualties isn’t part of Hamas’s action plan that is predicated on sacrificing as many of their own people as possible in order to generate foreign sympathy. Instead, they cower behind the civilians, shooting missiles next to schools, storing ammunition in mosques (as today’s explosion in Gaza illustrated) and, as I previously noted, are actually urging civilians to act as human shields against Israeli fire on Hamas strongholds. Indeed, they have enlisted the people of Gaza as part of their misinformation campaign in which they attempt to conceal the presence of missile launching or masked, armed Hamas fighters in civilian neighborhoods. 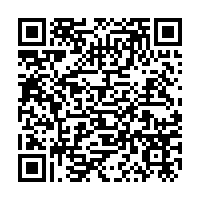