The week’s just begun and already we have encountered an endless amount of terror attacks, in Jerusalem, Hevron, the Shomron with injured on our side and it is only the middle of the day.

Today we heard on the news that there had been secret negotiations between a representative of the State of Israel and the PA to map out the regions to be abandoned to become a PA State and that since the signatures never happened the representative of the PA “warned” that this would lead to terror attacks and blood shed.


What was not mentioned by the media was the constant encouragement, incitement to terror attacks and how the official PA martyrs their “heroes” the terrorist murderers of our Nation.

How convenient it is to ignore the real situation and concentrate on even the abhorrent murder of an Arab family and the constant focus on the “extremist settlers”.  How can the reality of the situation be ignored? Yes! Anyone who would perpetrate and carry out a terror attack whether against innocent Jews, Christians  or Arabs is a terrorist, however let us be realistic and face the truth.

Daily the citizens of Israel no matter where they live are in danger of being attacked and murdered simply because they are Jews. The difference is that both the government of Israel and we the Jewish residents of Yesha , Jerusalem, the Police, IDF, and the rest of the country condemn violence exactly the opposite of the officials and large majority of the Moslem Arabs in the PA who encourage the violence and call those who are the terrorists martyrs and heroes.

Below are some examples of the official reactions of the PA to terrorist murderers.

The Palestinian Authority makes no attempt to educate its people towards peace and coexistence with Israel. On the contrary, from every possible platform it repeatedly rejects Israel’s right to exist, presents the conflict as a religious battle for Islam, depicts the establishment of Israel as an act of imperialism, and perpetuates a picture of the Middle East, both verbally and visually, in which Israel does not exist at all. Israel’s destruction is said to be both inevitable and a Palestinian obligation.

The following description of Israel’s founding in a Palestinian schoolbook represents the dominant dogma about Israel:

This official PA map of “Palestine” was broadcast on PA TV in September 2011. The map includes both the PA areas and all of Israel (excluding the Golan Heights) wrapped in the Palestinian flag – a symbol of Palestinian sovereignty over the whole area – and has a key through it, symbolizing ownership. Similar maps presenting all of Israel as “Palestine” appear in Palestinian schoolbooks and are shown regularly on PA TV. 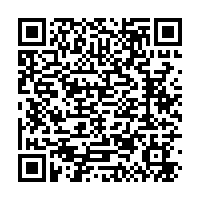