Rafi and I grew up together in Canarsie, Brooklyn back in the late 60’s and 70’s.
Back then, if you told someone you came “by way of Canarsie” it meant coming in a roundabout manner.
Canarsie was considered the boondocks- a remote area of wetlands which were only filled in the 1960s when developers built homes there.
When we grew up there in the 60s and 70s, it was predominately populated by Jewish and Italian residents.
Today the demographics have changed radically with Canarsie now being 90% African-America.
Back then, all the Jewish and Italian and African-American kids would play basketball together for hours.
Rafi Bernstein and I would spend hours playing basketball at Bildersee Playground located on Flatlands Avenue and East 81st  Street.
The playground and the adjacent school were named after a Jew named Issac Bilderaee.
Dr. Bildersee was the assistant superintendent of New York City’s public schools in charge of schools in Brownsville, Canarsie and East Flatbush. He made national headlines when in December of 1947 he issued a ban on the singing of Xmas carols in the schools under his jurisdiction. His wrote, “There must not be any reference in dramatizations, songs… to any religious significance. Xmas carols …may not be sung…”.
At the time, of the 30,000 public school children in his jurisdiction, 20,000 of them were Jewish.
We, of course, were never aware of our park’s namesake’s controversial, yet, brave stand on this religious issue.
The only thing which interested Rafi and me was that Bildersee Playground had basketball hoops and we were the happiest boys in the world.
We would play basketball and speak about our dreams and our hopes for the future.
We imagined ourselves married and with kids.
And after playing “hoops” for hours, we made our way to Irving’s Kosher Pizza just a block west of Bildersie on Flatlands Avenue.
At the pizza store – which was owned and operated by Irving himself we would feast on pizza and pletzels. As I look back, I realize how unique Irving’s Kosher Pizza was. Irving was European born and most probably a survivor of the Camps. He was perhaps the only kosher pizza store which was not run by Israelis. Instead, it was personally run by Irving. He was a fine and friendly man, and when he would warm up an onion pletzel in his oven, and it came out piping hot, it contained the taste of Gan Eden.
Life moves on, and so do neighborhoods.
There was the great “white-flight” in  Canarsie in the 80’s and 90’s, and by the turn of the millennium, the area was solidly African-American.
No longer would we ever play ball in Bildersie and no longer will we eat pletzels at Irvings.
Irving closed down, and a became a Taco-hut.
Rafi and I also moved on with our own personal lives.
We left “Bildersee,” and headed to Eretz Yisroel.
I went off to Litvishe Yeshivas, and Rafi drifted toward Chassidus.
I had heard he was living in Monsey. However, our paths never crossed.
Over the summer I heard his mother had passed away and I remembered her walking by “Bildersee Playground” every morning to bring Rafi and me drinks and cookies.
I recalled her generosity and decided to be Menachem Avel.
I found out where he lived and made the trek to Monsey.
Rafi, who now goes by Refoel was dressed in full Chassidishe garb and immediately recognized me.
He nodded to me and asked if I could go with him to another room.
He closed the door and removed an envelope which had yellowed with time.
Refoel looked at me and said, “Last week as I with my mother, she told me after she goes, I should look for an envelope in the bottom drawer of her desk. She said, “Open it during Shiva, and you will know what to do with it.”
I did not question her strange request; however, after she passed and we began Shiva, I opened it.
Here read it for yourself.”
Rafi handed me the tattered, yellowed piece of paper.
I carefully unfolded the yellow piece of legal pad paper and read the following, “Dear Refoel, During my Shiva, I know that Ron Yitzchok Eisenman will come to be Menachem Avel. When he comes, give him this money. It’s for the time at Bildersee Playground he lent you money to buy pizza at Irvings when I was unable to come. I clearly remember I did not pay him back and he must be paid back, so that I have no outstanding debts. When you return the money I can go to the next world with a clear conscious as the real Day of Judgement is when you leave this world. Thank you.”
At the bottom of the envelope were one dollar and forty-three cents.
I had not seen Rafi or his mother in over forty years.
I will never know how his mother, Mrs. Bernsterin knew I would come to the Shiva.
I had no idea I would hear about her death and go to Monsey to pay a Shiva visit.
How she knew I would come to be Menachem Avel remains a mystery to me.
However, I never experienced a greater lesson to prepare me for the judgment (Din) of Rosh Hashana than seeing the one dollar and forty-three cents in an aged, yellowed envelope.
If Not Now, Then When?”- Hillel
Advertisement 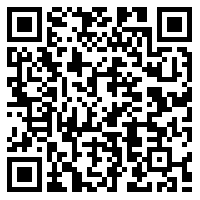