1. Rosh Hashanah (“the beginning of the year” in Hebrew), the Jewish New Year (5,779), is celebrated on the first day of the Jewish month of Tishrei (תשרי).  Tishrei was a Babylonian term for launching the agricultural (creation) calendar, starting with the planting of seeds and the first rain.

2. Rosh Hashanah is celebrated on the sixth day of Creation, when the first human-being (Adam) was created, highlighting the centrality of the soil – a metaphor for humility – in human life. Thus, the Hebrew word for a human-being is Adam (אדמ), which becomes the Hebrew spelling of “soil” (אדמה) when the Hebrew letter ה (an abbreviation of God, the Creator) is added.

In addition, the Hebrew word Adam (אדמ) contains the Hebrew word for blood (דמ), the liquid of life, and is the acronym of Biblical Abraham (אברהם), David (דוד) and Moses (משה), the three role models of humility.

3. The Hebrew word “Rosh” means “beginning,” “first,” “head,” “chief.” The Hebrew letters of Rosh (ראש) constitute the root of the Hebrew word for Genesis, pronounced “Be’re’sheet” (בראשית), which is the first/lead word in the Bible (Book of Genesis). Rosh Hashanah is celebrated at the beginning of the Jewish month of Tishrei, which means beginning/Genesis in ancient Acadian. The Hebrew letters of Tishrei (תשרי) are also included in the spelling of Genesis (בראשית). The Hebrew spelling of Genesis (בראשית) consists of the first two letters in the Hebrew alphabet (אב), the middle letter (י) and the last three letters (רשת) – representing the complete/wholesome undertaking of the Creation. Just like the Creation, so should the New Year (and human actions) launch a thoughtful, long-term – not a hasty – wholesome process.
Rosh (ראש) is, also, the Hebrew acronym of “the will of our Father that is in heaven” (רצון אבינו שבשמים).

4. Rosh Hashanah is one of four Jewish New Years: (a) the anniversary of the Creation, the beginning of the Jewish civil calendar (5,779) and the seasons, the setting of the Sabbatical (7th) and Jubilee (50th) years, and the time for calculating the annual tithe (10%) on vegetable and grains. (b) The first day of the month of Nissan initiates the three Jewish pilgrimages/festivals (Passover, Pentecost and Tabernacles) and the measuring of the reign of ancient kings. (c) The first day of the month of Elul initiated the preparations for Rosh Hashanah and the New Year for animal tithes in ancient Israel. (d) The 15th day of the month of Shvat is the new year of the trees, which provide role-models for human-beings in humility, tenacity and growth.

5. Rosh Hashanah is announced, and celebrated – in a humble and determined manner – by the blowing of the Shofar (the ritual ram’s horn). It is a wakeup call morally, individually and collectively.  The Hebrew spelling of Shofar, שופר, is a derivative of the verb שפר, which means to enhance – an unending, uphill effort (sometimes, against all odds) for improvement.

6. The shofar is the epitome of peace-through-strength.  It is made from the horn of a ram, which is a peaceful animal equipped with strong horns to fend off predators. The numerical value of the Hebrew word for “ram,” איל, is 41 (א-1, י-10, ל-30), which is equal to the value of “mother” (אם, א-1, ם-40), who strongly protects her children. Rosh Hashanah prayers highlight motherhood, optimism and the pregnancies of Sarah, Rachel and Chana, who gave birth to Isaac, Joseph, Benjamin and Samuel, respectively. Noah – who led the rebirth of humanity/world – also features in Rosh Hashanah prayers.

7. Rosh Hashanah and the blowing of the Shofar….

*Constitute a moral wakeup-call, providing an expressway for prayers;

*Tumbled the walls of Jericho, and intensified Judge Gideon’s posture of deterrence during his war on the Midianites;

*Reaffirm the faith in God as the Creator, the supreme king (ancient kings were anointed to the sound of the Shofar) and judge (a day of judgment). An ancient expression of “In God we trust.”;

*Intensify the bonding of God and human beings;

*Commemorate the creation of the first human-being, Adam, on the sixth day of the Creation;

*Highlight the almost-sacrifice of Isaac – which was avoided by God’s angel and a ram (a paradigm shift away from human sacrifices!) – and the Biblical (Abrahamic) Covenant;

*Remind us that the three Jewish Patriarchs, Abraham, Isaac and Jacob, and the Prophet Samuel (the latter inspired Thomas Paine, the author of “Common Sense,” the cement of the American Revolution), were conceived/born during the month of Tishrei, “the month of the strong ones ” (Kings A, 8:2);

*Blasts of the Shofar – along with thunder and lightning – were heard when Moses (“the humblest of all human-beings”) received the Ten Commandments on Mount Sinai, a unimpressive, relatively-undersized (humble) mountain;

* In ancient times, the Jubilee (Leviticus 25:10) was announced – every 50 years – by the blowing of the Shofar, ushering in deliverance from spiritual and physical slavery (release of slaves and land). The Jubilee was the role model of liberty for the early American Pilgrims and Founding Fathers. It inspired the anti-slavery Abolitionist movement in the USA. Jubilee – “Yovel” (יובל) in Hebrew – is a synonym for Shofar (the ram’s horn);

*Highlight the ingathering (Aliyah) of Jews to the Jewish Homeland;

*Emphasize optimism in the face of challenge and adversity.

8. Rosh Hashanah was conceived by Jewish sages, during the Second Temple period, referring to the Biblical “day of blowing the shofar” and “the day of commemorating the blowing of the shofar” (Leviticus 23:23-25, Numbers 29:1-6). Commemoration is a central Jewish value – a prerequisite for national cohesion, survival, an enhanced future and abstention from past critical errors. On the other hand, forgetfulness spells ignorance, loss of critical values and lessons, and therefore the tendency to repeat past errors.

9.  Rosh Hashanah initiates the Ten Days of Repentance, which conclude on Yom Kippur (the Day of Repentance). It delivers a message that one should never underestimate one’s capabilities to enhance one’s fortunes, when guided by morality-driven tenacity/determination and faith.

10. It is customary to eat pomegranate seeds on Rosh Hashanah, accompanied by the following blessing: “May your benefits multiply like the seeds of the pomegranate.” The pomegranate is supposed to contain (at its prime) 613 seeds – the number of Jewish precepts, which regulate the Jewish way of life. The pomegranate – a prominent ornament of the Torah scrolls – represents fruitfulness, knowledge, learning and wisdom.

May the New Year, 5779, be top heavy on health, modesty, humility, challenge and reward. 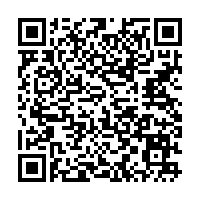