The Israeli media are buzzing over the comments of the chief-of-staff of the military, Lt.-Gen. Gadi Eisenkot, on Wednesday. Speaking about soldiers opening fire on terrorists attempting to stab Jews, he said, “I Don’t Want Soldiers Emptying Magazines on Girls With Scissors.” The Left and its captive media jumped with joy, with one columnist proclaiming proudly that the general had joined the seditious foreign-funded ‘Breaking the Silence.’


Let me say that as far as it goes, I agree with the general. I also do not want Israeli soldiers to empty their cartridge magazines shooting girls carrying scissors in a threatening manner. Why empty the magazines when two or three bullets should be sufficient? Too much waste in the military!

As for leftists going into ecstasy on their ecstasy at the words of the general, which they interpret as confirming their accusations that IDF soldiers are trigger-happy brutes, I decided to draw up a code of ethical conduct about the rules for limitations on open-fire that should immediately be adopted in the IDF. Here goes:

1. When you see a suspicious person approaching Peace Now members with a machete or axe, do not aim your weapon. Just stay put and sing John Lennon songs.

2. When a vehicle is speeding up and approaching a group of B’tselem members in a threatening manner, keep your rifle locked on safety and point your finger at the B’tselem members.

3. When some Palestinians are approaching the heads of Meretz carrying a device used to carry out female circumcisions, you may cross your legs in anguish but must not use any weapons.

4. When some Palestinians are seen setting up a rocket launcher aimed at the Department of Politics building at Ben Gurion ‘University,’ you should throw down your weapons and offer them bouquets of flowers.

5. When an Arab wearing a suicide explosives belt is seen entering the editorial offices of Haaretz, you must sing Kumbaya in 4 part harmony. 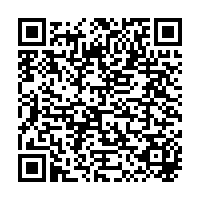