He was one of the early Zionists whose writings created momentum for the ideas of Theodor Herzl, helping immensely in breathing life into the movement and catapulting Herzl onto the center stage of history. He is mostly known, however, regarding his work in a rather different sphere of fame, namely the author of the classic book whose rights were acquired by Walt Disney for the classic movie “Bambi”   His name was Felix Salten (born Siegmund Salzmann, 1869) and his biography spins a colorful tale of abilities and accomplishments worthy of our deepest respect and remembrance. The complete story becomes a case where the surreal merges with the real.

Felix Salten rose from humble beginnings with parents who moved from Budapest, Hungary to Vienna for a better life several weeks after his birth. In his teens his father suffered bankruptcy which rendered him unable to finance a college education for his son; Felix then proceeded to educate himself. He acquired a job with an insurance agency and like Albert Einstein produced creative work in spare time. He soon became an active member of the Viennese literary coffeehouse culture, and following his first published work in 1900   started publishing one successful book each year together with writing articles for major news publications. He soon became an editor-in chief himself of two major publications, BZ Mittig and Berliner Morgenpost. A friendship was established with playwright Theodor Herzl, father of Zionism, and when Herzl died in 1904 he wrote an extraordinary moving eulogy, and further continued writing for Herzl’s paper “The World.”

In 1909 Bar Kochba which was a central and influential intellectual Viennese Jewish organization launched a major speakers program featuring Felix Salten and Martin Buber and provided the opportunity for Salten to move into the forefront of the Zionist movement. This set the stage for multiple paired appearances for Salten and Buber. Significantly they complemented one another in their approaches, however, Salten appeared as the more charismatic feature speaker in these instances acquiring more thundering receptions.  Salten  emphasized the struggles of Jews and the denial of their rights which called for righteous self- assertion,  while Buber emphasized the importance of transforming the Jews inner lives in gaining a sense of Jewish identity. This resulted in a powerhouse synergistic forging of Jewish identity between the inner and outer self that became a driving force in the Zionistic movement.

Salten also continued with his writings and in 1923 wrote the classic “Bambi: A Life in the Woods,” a coming of age tale which influenced an entire generation of both children and adults in humanitarian awareness. It was an immediate success and upon being translated into English was awarded the Book of the Month. In 1933 he sold the film rights to Sidney Franklin, an American Director for only $1,000, who subsequently marketed it to Walt Disney. Salten also authored other animal stories that promoted an appreciation of animals but most importantly raised an awareness of human sensitivities such as “Hound of Florence” and “Perri”. Disney later transformed “Bambi: A Life in the Woods” into a film that many have encountered in theaters and later digital form under the shortened title “Bambi” (The studio also later turned “Hound of Florence under title “The Shaggy Dog” and “Perri” into successful films) Bambi stimulated an awareness among a broad sweep of the population (which I thankfully include myself). It clearly revealed humankind’s baser inclinations, but it also through metaphor disclosed the spiritually nobler side of humankind; and it further arguably embodied an allegory for the founding of Jewish identity in the creation of the Jewish state.  The book differs somewhat from the movie, but the death of Bambi’s mother which occurs in both represents a revealing loss of innocence.  It is as Roger Ebert put it a cinematic version of a “rite of passage” where children emerge “sadder but wiser.” Menachem Wecker, the scholarly journalistic critic completes this analysis by disclosing that those with some knowledge of the German-Jewish relationship, or if wise enough educate themselves about it, emerge with a better understanding of the German-Jewish experience preceding the Holocaust. Moreover, as the cultural historian Iris Bruce points out it also represents an attempt to reject assimilation as a resolution of victimization of the Jews and in its place urges a reconnection with their origins.  In the book (as opposed to the movie) Salten introduces an assimilationist, Gobo, advocating reconciliation with the hunters but who ultimately meets a sorrowful end by being slain as a result of his unenlightened innocence. The ultimate teaching role shared by both parents (i.e. Bambi’s mother and the stag, his father) in educating Bambi also discloses a very illuminating joint role in teaching Bambi about his identity. The original work, moreover, also includes ruling deer who are referred to as royal leaders striking an association with the royal titles granted to Herzl.  Further the supreme rulers of the forest in the character of the elks, cousins of the deer, represent a kind of ideal who produce a mystical song called the Ur, which the deer aspire to imitate. Bruce points out this song suggests a harmony with ancient Jews of old whose ways are now cast into a new mold of leadership within a new nation. It may also perhaps suggest they are now struggling to experience the deeper meaning that learning the song represents. It has also been observed that in some ways as pursuers of the innocent the hunters may be an intuitive foreshadowing of the later rise of the Nazi mentality.

It is also significant that the deer are uneasy with their new role as a flourishing equal species in a new world but they are urged to acquire the self-respect necessary to embody it. This may be construed as a second coming of age with a maturation paralleling Bambi’s earlier passage into adulthood. Significantly the language of Bambi is rich with terms that evoke the historical Jewish situation and plight in the world such “wandering flower” and “beautiful losers that keep moving.” It is perhaps no coincidence   that Bambi was written immediately after Salten wrote a book about Eretz Yisroel entitled “New People on Ancient Ground.” The land, moreover, where the deer return in Bambi is an “isolated territory” secure from hunters.  It may also be noted in this connection that Hitler when he assumed power had Bambi banned as a supportive Jewish allegory that should not be part of Nazi culture and swiftly moved to include it within his infamous book burning program.

In November 1938 several months after the Nazis seized Austria through the Anschluss and in the wake of the horrific Kristallnacht Felix Salten fled to Zurich, Switzerland with his wife Ottlie. It may be recalled that when Bambi was fleeing his mother urges that “he not look back.” In this connection one wonders if Salten had not died October in 1945 whether he would have settled in Israel rather than looking back and returning to Vienna, just as Bambi completed his journey to his new homeland embracing his renewed links with an ancient self. 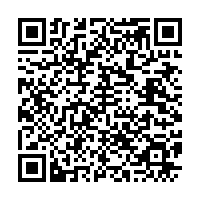