Sovereign peoples act accordingly, but, “When you have no self-respect, you cannot expect anybody else will respect you,” as Rabbi David Bar-Hayim of Machon Shilo noted last year concerning Operation Pillar of Defense.

Why did Israel agree to a cease-fire with Hamas in November? Why did it surrender Joseph’s Tomb in 2000 and destroy Gush Katif in 2005? In present day, why has Israel granted terrorist Samer Issawi early release following a hunger strike?


A common response from supporters of Israel is that these decisions result from pressure by the American government. In response to the Palestinian Authority’s current demand for 120 terrorists to be freed, MK Orit Struck (HaBayit HaYehudi) has made a similar claim.

The assertion of American pressure in these contexts is simultaneously valid, irrelevant, and pernicious. Of course different American governments have pressured Israel—all too successfully—to make decisions that endanger citizens’ lives and betray Judaic duties.

But why has American pressure succeeded? To borrow from the national anthem, it is because Israel does not conduct itself as an am chofshi b’artzenu (free people in our Land). Rabbi Bar-Hayim has described the preoccupation with American pressure as “a remnant of the galut [exile]” and elaborates as follows:

The extent to which the Americans can really influence our actions is in my view almost entirely dependent on ourselves. If we give them the reason to believe…that we can be pressured into doing something, they’ll of course do as they wish to do. If we, however, conduct ourselves in such a way by which we make clear to all and sundry that we’re not about to listen to what anyone has to say about what we should do—but rather we’re going to do what we think we should do—I believe in a very short space of time most of these pressures would cease to exist. (See 1:18:10 here.)

Focus on American pressure is pernicious because it evades from holding Israeli leadership accountable for its failure to protect citizens. This often turns into rationalization by way of “explanation”—the “Bibi’s hands were tied by Obama” sort of mentality. The evasive focus on America then perpetuates a state of affairs where Israelis suffer anxiety about mundane activities like children walking to school and driving in fear of lethal rock attacks.

When Israel decides to be a sovereign country in substance and not just name, these disgusting realities will change. Blaming foreigners, however hostile they may be, yields only further self-delusion and suffering. 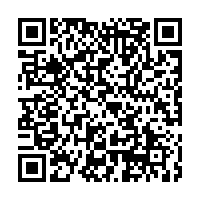