We’ve heard it all before:

● No pain, no gain.
● Adversity builds character.
● It’s the journey, not the destination.


We believe these well-heeled aphorisms. But let’s be honest: we don’t like them. And even though we recognize them as true, they often have little effect on our behavior.

So I hope you’ll forgive me if I propose a new adage based on a recent study: Depression is good for you.

No, not that kind of depression. Economic depression – as in the Great Depression.

After studying economic downturns since the 1970s, researchers at McGill University discovered that mortality rates actually decreased during periods of unemployment. In other words, as times got harder, people lived longer.

These findings gave rise to all kinds of theories. Maybe people had less money to indulge unhealthy habits like drinking and smoking. Maybe their diets improved with home-cooked meals because they couldn’t afford to eat out. Maybe with less money to buy gasoline, people drove their cars less and therefore got into fewer traffic accidents.

But the study revealed a peculiar detail. It wasn’t just out-of-work people who lived longer. Life expectancy went up among even among people who had jobs if they lived in areas of higher unemployment.

The underlying reason behind the correlation remains an open question. But here are a couple of possibilities:

Perhaps when jobs are scarce, people are more grateful for the jobs they have. This means they complain less about their work, which makes them feel less stress from working.

It might also be that people turn to one another more in times of need. A general atmosphere of desperation makes people become more sensitive to the circumstances of those around them. This incites communities to action and creates a stronger communal bond. People who need care are more likely to get it, and caregivers themselves benefit from the psychological and emotional rewards of giving.

We certainly don’t want to wish for troubled times. But it’s worth pondering the degree to which we might all be victims of our collective prosperity.

History supports this assumption. Political divisions within the ancient Persian Empire hastened its fall by leaving it vulnerable to the armies of Alexander the Great. After Alexander’s death, his generals divided up his empire, making it easier for the Roman Empire to gobble them up a couple of centuries later. The complacency that resulted from wealth and power undermined the foundations that made those kingdoms wealthy and powerful.

Rome as well accelerated its own collapse, overextending its territories in a fruitless attempt to sustain the lavish lifestyle of its nobility while placating its citizens with bread and circuses. And more than a few modern observers have noted the similarities between the excesses and indulgences of Rome and the culture of immediate gratification that characterizes Western society today.

King Solomon says, Better a poor man who walks in his innocence than a wealthy man who travels a crooked, double path.

When people feel dependent on one another, they turn toward each other for support, pooling their resources and their efforts, extending their hands and protecting one another’s interests. Knowing that they don’t have enough to care for themselves forces them see others as allies, partners, and benefactors.

But when people feel they have enough, they grow wary of all around them, withdraw into themselves and hide behind literal and figurative walls. They suspect others of plotting to take what is theirs, and they become so worried about protecting their wealth that they often fail to enjoy it. Worst of all, they deprive themselves of the satisfaction that comes from sharing their good fortune with their neighbors.

The path that leads through obstacles is long and hard. But it is often the one that brings us securely to our desired destination. As much as we may wish for a safe passage, stormy seas are what make us most appreciative when we arrive at a safe harbor. 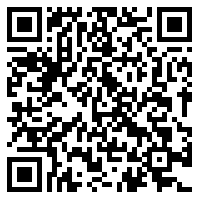