This year Finland takes the top spot as the happiest country, according to surveys undertaken by Gallup International from 2015-2017. Rounding out the rest of the top ten in order of overall happiness are Norway, Denmark, Iceland, Switzerland, Netherlands, Canada, New Zealand, Sweden, and Australia, with Israel in 11th place, just like last year. The US ranked 18th, dropping down four spots from last year.

Also: Finland’s immigrants are the happiest immigrant population in the world, compared with the available data from 117 countries.

The World Happiness Report is an annual publication of United Nations Sustainable Development Solutions Network that contains rankings of national happiness and analysis of the data from various perspectives.

“The most striking finding of the report is the remarkable consistency between the happiness of immigrants and the locally born,” said co-editor Professor John Helliwell of the University of British Columbia. All of the top ten countries for overall happiness 2015-2017 are in the top 11 countries for immigrant happiness based on surveys covering 2005-2015.

“Although immigrants come from countries with very different levels of happiness, their reported life evaluations converge towards those of other residents in their new countries,” said Helliwell. “Those who move to happier countries gain, while those who move to less happy countries lose,” though the adjustment of happiness is not complete, as migrants still reflect in part the happiness of their birth country.

According to the report, Israel is a natural laboratory for the study of traumatic and post-traumatic reactions. “Continuous exposure to high levels of inter-group violence and hostilities that characterize the Israeli-Arab conflict has turned the country into a test bench for examining psychological responses to stress as well as for developing psychological interventions aimed at increasing individual’s resilience and coping skills. Research has focused on the detrimental effects that exposure to high levels of conflict, war, and political violence have on Israeli and Arab children’s psychological functioning and well-being. At the same time, research has relied on the insights and knowledge coined in positive psychology in order to develop effective interventions against stress-related emotional problems.

Here’s a factoid you probably did not know: according to the Happiness Index, happy countries drink more coffee than unhappy ones. “Coffee is quite literally the beverage of happiness, something remarkably simple yet complex that brings so much pleasure to so many every day, while creating development in producing countries with every cup,” says Andrea Illy, Chairman of illycaffè and Member of the Board of Fondazione Ernesto Illy, a sponsor of the World Happiness Report.

It so happens that they drink a whole lot of coffee in the happy Jewish State, and, frankly, it beats Starbucks hands down for quality (and price). 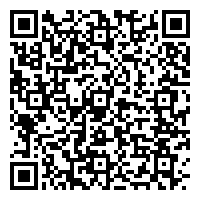