The media, of course, missed it completely but Mike Pence’s speech the other night was pretty amazing. On the eve of the 70th anniversary of the UN General Assembly vote to offer the Arabs a large chunk of Israel they didn’t deserve, Pence drove a horse and carriage through Palestinian Arab claims to the land of Israel.

You can watch the whole speech above, but here are the most important passages:

We gather today on the eve of a historic anniversary to celebrate what happened here, in this very hall, 70 years ago when the United Nations declared to the modern world an ancient truth, that the Jewish people have a natural, irrevocable right to an independent state in their ancestral and eternal homeland. (Applause.)


This is Zionism: “irrevocable right to an independent state in their ancestral and eternal homeland.” It would be nice if more Jews in America understood this properly let alone the (Christian) Vice President.

So in May 1947, less than two years after its inception, the United Nations formed the Special Commission on Palestine to propose paths forward for that region.

And on November 29, 1947 — 70 years ago tomorrow — the General Assembly gathered in this great hall and passed Resolution 181, calling for creation of the Jewish State of Israel. (Applause.)

Now to be clear: Israel needed no resolution to exist, for Israel’s right to exist is self-evident and timeless.

Nor did that resolution create the State of Israel. For Israel was born of the sweat and the sacrifice of the Jewish pioneers who risked everything to reclaim their beloved lands, with — in those well remembered words — “with a plow in one hand and a rifle in another.”

They turned the desert into a garden, scarcity into plenty, and an age-old dream into a reality. And their striving and their sacrifice laid the foundation for what took place in this hall 70 years ago.

And only six months later, the Jewish State of Israel was born — answering the ancient question first asked by the prophet Isaiah: “Can a country be born in one day, can a nation be born in a moment?”

It happened when on May 14, 1948, Israel declared “the natural right of Jewish people to be the masters of their own fate, like all other nations, in their own sovereign state.” (Applause.)

While Israel was built by human hands, it’s impossible not to see the hand of heaven leading its people, writing their history in the restoration of this ancient people to their land of their birth.

In fact, the God of Abraham told His people, “Even if you have been banished to the most distant land under the heavens, from there I will gather you and bring you back to the land which your fathers possessed.”

The quoting of prophet Isaiah is fantastic. If you want to understand how important that passage of Isaiah is relating to the rebuilding of Israel, Rabbi Lord Sacks wrote an extensive commentary. We’d expect nothing less from such a deeply religious mensch as Mike Pence, so it stands out dramatically as different from pretty much everything we’ve seen for almost a decade coming out of the USA.

You’d think any of this would deserve a mention in the press. No. This is the passage the entire world’s media decided to obsess over:

And while, for the past 20 years, Congress and successive administrations have expressed a willingness to move our embassy, as we speak, President Donald Trump is actively considering when and how to move the American embassy in Israel from Tel Aviv to Jerusalem. (Applause.)

Quite rightly they noticed he didn’t say IF Jerusalem would be recognised, he spoke about ”considering when and how” the embassy would move to what is self evidently the capital of the Jewish State of Israel. Considering the present state of the Democrats, we most likely have seven years remaining of President Trump and perhaps a further 8 years of President Pence. That’s a lot of when in which the how can be figured out and 16 years is still the blink of an eye in the history of Jerusalem.

The next paragraph is all he had to say about the Arabs.

And as the President has made clear, our administration is also committed to finally bringing peace to the Israeli-Palestinian conflict. As President Trump has said, in his words, “We want Israel to have peace.” And in the recent months, we’ve made valuable progress toward achieving that noble goal.

And while compromise will be necessary, you can be assured President Donald Trump will never compromise the safety and security of the Jewish State of Israel. (Applause.)

And while it is now clear that starting successive paragraphs with a conjunction is clearly acceptable, he didn’t even name the “Palestinians”. Their presence is only inferred by reference to the Israeli-Palestinian conflict. No vacillating over a two state solution or desperate pleas for negotiations and just one mention that “compromise will be necessary”. And there is no indication who’ll be doing the compromising or whose past compromises are now fully recognised.

Just remember it is less than a year since the lame duck US administration under Obama allowed the UN to pass the execrable UNSC 2334 resolution through the Security Council which starts with this paragraph:

“1. Reaffirms that the establishment by Israel of settlements in the Palestinian territory occupied since 1967, including East Jerusalem, has no legal validity and constitutes a flagrant violation under international law and a major obstacle to the achievement of the two-State solution and a just, lasting and comprehensive peace;

At the time I wrote this:

As I’ve said consistently here the whole goal is the theft of Jewish indigenous identity in Israel (all of biblical Israel) and the replacement of Jews with invading Muslim Arabs whose ideology conquered and occupied Israel since 640CE. This is a central part of Islamic Jihadi doctrine and always has been. Inflicting the conditions of dhimmitude on subjugated people is the slow method by which indigenous cultures are eradicated leaving only Islam triumphant.

Jews and Judaism in Israel are the only indigenous people and culture to have both survived and regained their lands back from Jihadi conquest in the middle east in modern times!

Mike Pence re-affirmed the indigenous nature of Judaism and Jews to Israel. Mike Pence’s speech was another step in the reversal of the deliberate and relentless drive, from day one of the Obama administration, toward anti-Israel and anti-Jewish policies. Combine this with Trump’s exceptional visit to Israel on his first trip abroad, flying direct from Saudi Arabia (you can be sure that was a signal to the Saudis), praying at the Kotel as the sitting President and all the other astonishing moves we’ve seen. What we have here is nothing short of an ongoing revolutionary change in the relationship between the United State of America and Israel.

And the press just said they’re going to move the office. Perhaps you just have to laugh at how bad the mainstream media has become.

Full transcript of VP Mike Pence’s speech at the link 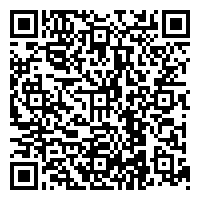