This is the third entry in an in depth series about the composition of the Likud’s list of candidates for the Knesset, which the Israeli media was quick to condemn as representing a significant shift to the right. I previously discussed the fact that the primary portion of the Likud’s list (the top 25, pre-merger with Yisrael Beitenu) mostly comprises current members of the Likud’s Knesset faction. Yesterday’s entry, discussed the fact that most shocked the media – that Benny Begin, Mickey Eitan and Dan Meridor did not achieve secure spots – why they lost out and why this does not represent any sort of rightward shift.

But in addition to those three, there were a number of other current faction members who are not in the top 25 of the current list. As discussed previously, of the Likud’s top 25, three spots were reserved for new candidates. That leaves 22 for existing faction members, who number 27 in total.


So five were destined to lose. There were also two new faces in the first 22, one ideological (Moshe Feiglin) and one non-ideological (Tzachi HaNegbi). So that means seven current members did not make it in. Begin, Eitan and Meridor were three of them.

The other four were Minister of Communication Moshe Kahlon and Minister without Portfolio Yossi Peled, Deputy Minister for Pensioner Affairs Leah Nas and junior MK Tzion Pinyan.  Kahlon and Peled announced they would not be competing in advance of the primaries.

Nas and Pinyan were simply not very active and did not mount much of a campaign. Pinyan was favored by at least one settlement-based faction, and wore a kippah srugah (the national-religious skull cap) but was virtually unknown. If even a Likud insider were quizzed on all the members of the Likud’s faction, Pinyan’s name would be the first they would forget.

He also arrived in the Knesset with a very small number of votes in a district spot reserved for new candidates, so from the beginning he had an uphill battle, one he did not meet.

As a deputy minister, Nas was favored by Netanyahu. Her husband who ran her campaign told me a few weeks before the primaries that Netanyahu said she was the most effective minister in the government or something like that. On the other hand, she was also considered right-wing. She voted against the Disengagement. According to Jeremy Saltan, who was deeply involved in the negotiations over “Hok Hasdarah,” Nas  almost quit the government over its opposition to the pro-settlement bill and of Likud ministers who initially supported the bill but then either voted against or absented themselves, she was one of the last to drop her support of the bill (in the end she absented herself from the vote). Overall she falls on the more nationalist side of the spectrum, so a Likud without her cannot be said to be a more right-wing Likud.

Her fatal mistake was not being too right-wing or left-wing, but a lack of political activity. If the average Likud member was quizzed on the members of the Likud’s faction, after Tzion Pinyan, her name would be most likely to be left off the list.

As previously discussed, after spot number 21, there were 15 district and demographic spots for new candidates and then came the rest of the national candidates. If not for those spots, Nas would have been number 25 on the Likud’s list.

What made it tougher for candidates like Nas and Pinyon, and even more so for Begin, Meridor and Eitan was the fact that a slew of Kadima members were introduced. As mentioned, of the first 25 spots, three were reserved for new candidates. That leaves 22 spots for 27 existing faction members. Kahlon and Peled left, but HaNegbi and Feiglin were strong ‘new’ candidates from the outset. So five MKs were destined to lose their jobs from the outset. 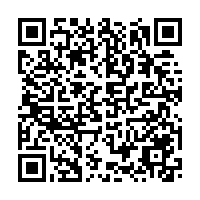