WASHINGTON – When the new Congress convenes in January, it will be missing several longtime pillars of support for Israel on Capitol Hill.

Gone from the House of Representatives will be veteran Jewish Reps. Howard Berman (D-Calif.), the ranking member on the House Foreign Affairs Committee; Gary Ackerman (D-N.Y.), the ranking member on the committee’s Middle East and South Asia Subcommittee; and Steve Rothman (D-N.J.), a point person on funding Israel’s missile defense efforts. Absent from the Senate will be Sen. Joseph Lieberman (I-Conn.).


The reasons for the departures vary: Berman and Rothman were defeated in intra-party battles sparked by redistricting, while Ackerman and Lieberman are retiring. Other notable departures of Jewish pro-Israel lawmakers include Reps. Barney Frank (D-Mass.), a leading liberal who is retiring, and Rep. Shelly Berkley (D-Nev.), a hawkish voice on Israel who was defeated in her bid for a Senate seat.

A staffer for a House Democrat said the loss of veteran Jewish lawmakers is significant in that their colleagues looked to them for guidance on Israel-related issues.

“They connect the dots, they look at the big board and see how a leader on a particular issue votes,” said the staffer, who asked not to be identified, citing Capitol Hill protocol. “There are a lot fewer data points now for them to work with.”

Multiple sources cited as a particular blow the loss of Berman, whose long congressional career is coming to an end following his defeat by fellow Jewish incumbent Rep. Brad Sherman (D-Calif.) in a bitterly contested race.

“Howard Berman had the ability to work across the aisle,” said Douglas Bloomfield, an opinion columnist for Jewish media outlets who in the 1980s was the legislative director of the American Israel Public Affairs Committee. “He was a legislator as well as a policy person. He was a respected voice, people took him seriously.”

Berman was seen as critical to brokering the deal that achieved overwhelming congressional backing for enhanced Iran sanctions in 2010. He worked closely with the Obama administration on the issue.

Also on the Foreign Affairs Committee, Rep. Ileana Ros-Lehtinen (R-Fla.), who is considered a strong ally of Israel, is relinquishing her post as the committee’s chairwoman, as required under the House Republican Caucus rules that limit how long its members can serve in committee leadership roles.

Even with the loss of so many veteran pro-Israel voices, observers stress that there are still devoted friends of Israel in key congressional positions.

They include Jewish pro-Israel stalwarts such as Rep. Nita Lowey (D-N.Y.), who now leads Democrats on the powerful Appropriations Committee, and Rep. Eliot Engel (D-N.Y.), who is replacing Berman as the top Democrat on the Foreign Affairs Committee. Engel at times has taken a more critical stance than Berman toward the Obama administration’s approach to Israel.

Newer members also may find themselves taking more of a leadership role on Israel issues. Rep. Ted Deutch (D-Fla.), elected in 2010, already is a leader on Iran sanctions issues, and Rep.-elect Brad Schneider (D-Ill.) has strong ties to Chicago-area chapters of pro-Israel groups.

Engel said there is “an excellent crop” of incoming freshmen, and that “those of us who are around have been around for a while. We’re eager to carry the torch.”

But Bloomfield suggested that an emerging generation of Democrats could spell long-term changes in the traditional structure of two-party support for Israel.

“The generation that’s leaving…these are guys who grew up in the formative years of Israel and understand what the struggle was,” Bloomfield said. “They are being replaced by a post-1967 generation who know not a threatened Israel, a vulnerable Israel – who know a muscular Israel.”

But Engel said he did not perceive a significant shift in how members of Congress relate to Israel. 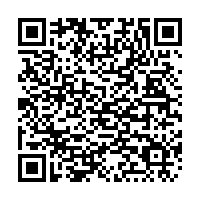