I am still reveling in yesterday’s announcement by President Trump – recognizing Jerusalem as the capital of Israel. This is one of those times where – at least among Orthodox Jewry, there is Achdus – unity. It is a rare occasion when Achdus occurs when there is good news. Unfortunately Achdus is more likely to happen when there is tragedy.

First there is the reaction of Israel. Just about every politician there left to right (with the possible exception of Arab Kneset members) have expressed Hakaras HaTov to the President for his courageous decision. Courageous because it went against the conventional wisdom of a State Department which has guided Presidents about ‘the Jews’ all the way back to the Truman Era.  Advice to not rock the boat of the Middle East status quo – unless it was to pressure Israel to make ‘concessions for peace’.

Conventional wisdom that his top 2 cabinet members, Tillerson of State and Mattis of Defense urged him to follow. President Trump decided instead to do what he believed was right and recognize the reality of Jerusalem as Israel’s capital, against that conventional wisdom.

One can say whatever they wish about the President or his ulterior motives. But one cannot deny the significance of what he has done for the Jewish people. To just cite one reaction, here in part is what Lord Rabbi Jonathan Sacks said:

I welcome today’s decision by the United States to recognise as the capital of Israel, Jerusalem, whose name means “city of peace.” This recognition is an essential element in any lasting peace in the region.

This sentiment has been echoed by virtually all of the Orthodox Jewish establishment. From Lakewood… to the OU… to Religious Zionist rabbinic leaders like Rav Shlomo Aviner.

Not surprisingly the reaction of the rest of the world has not exactly been favorable. European leaders have either condemned the President or in other ways panned his decision. They feel the ‘peace process’ has been exploded.

One might agree with that  assessment if one listens to comments from much of the Arab world. Or even some of the more liberal Jewish groups like Reform whose leader, Rabbi Rick Jacobs, said it  undermined the peace process. Or the  radical Jewish Voice for Peace whose Deputy Director, Rabbi Alissa Wise said ‘(T)his is a reckless, deeply irresponsible decision: for Palestinians, Israelis, and all of us.’

The reaction on the Arab street is just as predictable. There are protests going on right now although they are not as intense as I expected them to be. But it’s early. Palestinians are being asked to react violently by their leadership again – declaring 3 days of rage beginning tomorrow, their ‘sabbath’. By their reaction – you would think US just approved Israel rounding up all Palestinians and marching them into gas chambers instead of simply recognizing a reality of the last 70 years. One that does not change the possibility of East Jerusalem becoming the capital of a Palestinian state through negotiations with Israel.

I think Chicago’s Ray Haninia said it best. Ray is a Palestinian–American journalist and sometime comedian who was asked to respond to this event by the mainstream media. He said it will either explode the Middle East or create a jump-start to the peace process with a realization that game is now changed.

What the President did yesterday might actually clear some heads once the smoke clears.

Yes, the immediate response by Palestinians is to be violent. I expected that. Which was why I had some misgiving about this. But maybe this will indeed spur some clear thinking by Palestinian leaders. Maybe they will see the wisdom of the changed conditions and proceed from there instead of relying on the thinking of the past.

It’s either that or maintain the status quo. The US will no longer back their every complaint about Israel. Maybe they will realize that with compromise – peaceful relations between a new Palestinian State and Israel will have a chance of happening with an American President determined to make the ‘ultimate deal’.

That might eventually some day bring an era of cooperation between Israel and the Palestinians. One that would be friendly rather than antagonistic. Contrary to popular belief Israel has no interest whatsoever in making life miserable for Palestinians. I am 100% certain that – would it not be for their security needs – they would prefer to treat them with the dignity that every human being deserves.

If Palestinian leaders are wise and take advantage of the President’s desire to make peace and actually come up with peace agreement with Israel –  it might result in Israel actually helping Palestinians build their new country – instead of seeing them all as security risks. Maybe someday we can even see the same relationship between Palestinians and Israelis that we see between Canada and the US.

That day isn’t here, yet.  It might be a long way off… or never happen. The world might see what happened yesterday as a setback for peace. But this new reality should force them to rethink their current approach.

That said, it doesn’t help that the world sides with the failed policies of the past. That just fuels Palestinian animosity towards Israel. It also doesn’t help that Arab children all across the Middle East are taught to think of all Jews as blood thirsty Nazis – to be despised with all their might. That has to change before anything else does.

Where all this leads is anybody’s guess. One thing is certain, though. The definition of insanity is doing the same thing over and over and expecting different results each time. That insane policy is what the I would call the conventional wisdom upon which the State Department and the rest of the world has relied. Which is why they are all so upset by what the President has done.

I think that instead of expressing all this angst and condemnation they ought to instead listen to the end of the President’s speech yesterday and take note of the fact that he did not change US policy with respect to the Israel and Palestinians one iota. America is as committed as ever to making peace between them. With the improved relations between Israel and countries like Saudia Arabia, there is no better time than now. Once we get past the initial reactions – this may be the jump start the world has been waiting for. 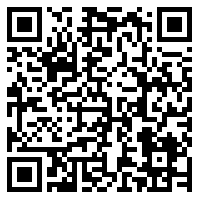