Dozens of activists gathered in front of the Erez crossing in the northern Gaza Strip on Monday morning to prevent a Bahraini Interfaith delegation from entering from the Israeli side, Ma’an reported. The activists torched tires and chanted slogans condemning normalization with Israel.

One activist said his group would not allow the delegation to enter and that they would treat them as enemies, while another said he had brought in rotten eggs to throw at the delegation members.


A senior security source in Gaza said they had yet to receive a request from the Bahraini delegation to enter the Gaza Strip.

According to the official Bahrain News Agency, the visit to the region by a group of 24 Muslim, Christian, Jewish, Hindu and Buddhist Bahrainis, was organized by the association “This is Bahrain,” which last week issued a statement saying the visit was a “personal initiative” of the delegation members.

“The association stresses that the delegation, which included some foreign residents of Bahrain from various faiths, does not represent any official body in the Kingdom of Bahrain,” BNA reported.

Rabbi Abraham Cooper of the Simon Wiesenthal Center on Sunday told the AP that the group wants to visit universities and discuss topics of common interest. “The goal here is to multiply the interactions and contacts among people doing similar things in the overall region,” Cooper explained, noting that “until now, there was absolutely no chance of having contact.”

Al Jazeera and the Turkish Anadolu Agency, both of which represent regimes that are hostile to Israel, have claimed that the delegation had been sent upon orders from Bahraini King Hamad bin Isa Al Khalifa, noting that Bahraini officials have suggested that it’s time to forge stronger ties between Israel and Bahrain, which would benefit both countries in confronting their mutual rival, Iran.

Al Jazeera cited documents released by WikiLeaks in 2011 which highlighted Bahrain’s contacts with Israel “at the intelligence/security level” and indicated that the Gulf country was “willing to move forward in other areas.” The Qatar-funded channel also recalled a statement by Prime Minister Benjamin Netanyahu, that “developments in Israel’s ties with moderate Arab countries are in an unprecedented situation.”

The This Is Bahrain website tells visitors: “We like to say that in the Kingdom of Bahrain, from the day you arrive, you are no longer a stranger as Bahrainis do not simply ‘tolerate’ other Faiths, they warmly embrace them as part of our multicultural, multi-faith family where peace and love amongst all peoples of all faiths, reigns supreme in the Kingdom of Bahrain, just as it has since time immemorial.

“We see it as our duty to share the humble Bahraini way of life with the world, letting our message of peace and love resonate in our quest to help illuminate the path for peace around the world.” 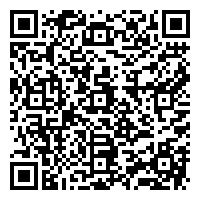