There are two major issues that the Haredi world in Israel is now being confronted with. One is the draft. The other is the funding of their schools. The new government has promised to severely reduce allocations to their schools if they do not adopt a minimal core curriculum of limudei hol (secular studies).

It’s hard to tell exactly where the truth lies. But there is definitely something going on with Shas, the party guided by the rabbinic leadership of Rav Ovadia Yosef. And it is for the better.

According to a Ynet report last week, Shas actually agreed to install a core curriculum into its educational system. That would mean that it will not lose any funding. It would also mean that all Sephardi yeshivos would be able to continue functioning as they have in their study of Torah for the vast majority of the day – leaving only a couple of hours for the core curriculum. If that is the case, it is an earth shattering decision. A crack in the wall of unified Haredi opposition to limudei hol.

If this were to happen a new era would begin whereby Haredi students (at least Sephardi ones) would for the first time be able to learn some of the basic skills necessary for the modern day job market. Skills that would enable them to go on towards a higher education and even professional schools.

Not that they would all do that. I’m sure that the Haredi ethic of full time Torah study would still be emphasized and that a core curriculum would be seen much the same way it is by Haredim in the U.S. – as a necessary evil required by the government. While that is still problematic, the mere fact that they are mandating a core secular studies program is a major step forward as it will provide better options for those who do want to enter the workforce at some point in their lives. They will have those skills in their pockets.

I would hope that even though they would be installing a core curriculum under protest, that they would have at least the same attitude about it that Rav Elia Svei had that there is no mitzvah to waste your time. If you are going to study limudei hol, you may as well do it well. His Yeshiva high school in Philadelphia once boasted a fine secular studies program.

But the the truth is that it is not yet clear that Shas is on board with this. There has been some controversy about a short conversation between Education Minster Shai Piron of Yesh Atid and MK Aryeh Deri of Shas. In an attempt to avoid hatred between the two factions, Piron phoned Deri to assure him that funding will not be cut until a new system that will include a standardized core curriculum will be established for Haredi schools that will not damage the Haredi way of life. It has yet to be determined if this will happen.

Unfortunately the conversation was characterized by Deri as a victory for Shas. That deteriorated into an accusation by Finance Minister Yair Lapid into calling Deri a liar. So much for trying to avoid hatred.

But, despite all this uncertainty, I see light at the end of the tunnel. It seems that Shas has at least blinked. If in the end there is some sort of core curriculum adopted by Shas… that will destroy the so-called unified opposition by Haredi rabbinic leadership to secular studies. The idea put forward that the evil Israel government is out only to destroy Yiddishkeit incrementally – a little bit at a time will lose its validity. Because if Shas has adopted this program it will show that a gadol (great leader)is now convinced that this is not so… something which most of the rest of the religious world already knows. Besides – they would have to accuse Rav Yosef of joining with the forces of evil. I do not see that happening.

I don’t know where that puts the Ashkenazi rabbinic leaders. But my guess it is somewhere between a rock and a hard place. All the screaming and shouting about leaving the country instead of succumbing to the evil decree will be seen for what it is – an unreasonable fear of the past. A past based on legitimate fears about removing Jews from the shackles of Torah. Where anti-Torah forces insidiously wanted to introduce a few innocent core subjects that they hoped would become a slippery slope away from Yiddishkeit. This is what I have called fighting ghosts.

I don’t know whether the current Askenazi rabbinic leaders will change their attitude. My guess is that they won’t. How they will deal with Rav Yosef is an interesting question. But I’m sure they will stick to the program.

What may very well happen is that a new grass roots paradigm will arise along the lines of a Yeshiva like Marava. Marava is a Haredi Yeshiva that operates on the American model. They have a serious limudei kodesh (religious studies) program and a serious limudi hol program. Which is subject to the educational standards of the State. These new schools may not measure up entirely to Marava, but they will measure up to whatever the government decides is a required core curriculum.

It would therefore be a prudent move for these rabbinic leaders to be in on the negotiations of what a core curriculum should consist of. If Shas has decided to go along with this program than I’m sure they will be in on the process.

If this happens the Ashkenazi Haredi world can then have its cake – and eat it too. What will happen is what should have happened a long time ago. The vast majority of their students will get a minimal amount of preparation for a better life – a life that will no longer almost guarantee poverty. But there will also probably still be some Haredi schools that will not offer secular studies. They will be privately funded. And there will be a lot less of them. They will contain the elite students of Torah with the potential to be gedolim.

Not that I think they too wouldn’t be better off with a strong knowledge of limudei hol. But… one battle at a time.

Now that Shas has (hopefully) come around… this is a step in the right direction which may spark an overall change. The only question is… have they? Or is all this just talk? I guess we’ll have to wait and see. 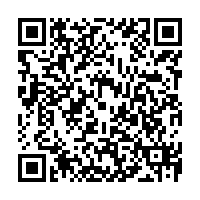