My thoughts today are with the families of Eyal Yifrah, Gilad Shaar, and Naftali Frenkel. My heart goes out to them. There are no words that can adequately express the magnitude of national grief the Jewish world feels right now. That grief is universal. It doesn’t matter where you stand in your religiosity. It doesn’t even matter if you are entirely secular… or even a non-believer. We are all one people today. As we have been since these three  young souls were kidnapped.

Inevitably when tragedies like this happen there is a sudden burst of Achdus. Tragedies unite. I recall the exact same thing happened a few years ago when eight Yeshiva students were massacred in Yeshivat Merkaz HaRav, a Religious Zionist Yeshiva named for Rav Kook.

There was no left. There was no right. There was just the Jewish people suffering pain. This is the same pain we all feel today as Israel buries these three young victims of terror. I expect there to be a massive attendance at the combined funeral. Prime Minster Netanyahu has already said he will attend. It would not surprise me if one or more of the Charedi rabbinic leaders attended too, if they are physically able to. One may recall That Rav Elayshiv attended the funeral of the 8 murdered Merkaz HaRav boys.

There has been a lot of public reaction to these murders by prominent Jewish organizations: The Agudah, the OU, Young Israel, and the Wiesenthal Center just to name a few. There is also a lot of discussion about how we should view this event and how the Jewish nation should respond to this if at all. But that is not my issue today. I leave that to others.

My issue is what will happen to the Achdus we have just been a part of. There has been a lot of talk about the unity that this brought about. Rav Chaim Kanievsky said the following – quoted in Matzav:

When his grandson told him the news, Rav Chaim was devastated. He remained silent for a while. He then remarked that the “boys were zocheh to tremendous merits with the chizuk, hisorerus and kabbalos that were undertaking because of them.” Rav Chaim repeated several times that “this is a very big zechus.”

Rav Chaim added that “all the tefillos were not for naught,” because no tefillah goes unheard or to waste.

May the achdus generated by the weeks of communal chizuk and kabbalos continue to unite Klal Yisroel and be a zechus for the ultimate yeshuah b’karov.

Coming from one of the biggest Charedi rabbinic leaders in Israel that is quite a statement. Remember that these boys were Religious Zionist Yeshiva students.

I wish I could be as optimistic about the future. But I’m afraid experience has taught me otherwise. Once these young boys are buried, we will all go back to our own personal agendas. And the angry rhetoric will resume. Achdus will end as quickly as it began. Other Hashkafos will be denigrated and vilified – one side against the other.  The name calling will resume. Words like Amalek and parasite will rear their ugly heads again. I’m sure of it.

Why must we look down at a Hashkafa that is not our own? This is not to say that our disagreements should be forgotten or ignored.  When one has sincere convictions we ought to defend them vigorously. But that same passion that accompanies it all too often spills over into venomous hatred of those on the other side. It ought not to be that way. Believing in our Hashkafos passionately need not mean we must vilify those with whom we disagree.. 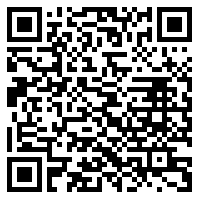