An analysis of the state Orthodoxy in our world today has been attempted by Yair Ettinger. In his lengthy Ha’aretz article he questions whether there is a revolution that is causing a schism – a split in the Orthodox world. He is talking about the innovations by the left of which Open Orthodoxy here in the United States is the prime example.


Ettinger cites some of the current trends that indicate that that may actually be the case.  Chief among them is the increased number of women who have been ordained as rabbis – both in Israel and the United States. It can’t be denied that there has been such an increase. The question is whether that increased number means a new segment within Orthodoxy, or a segment outside of it. The question remains unsettled in this article. But it is a phenomenon that can nonetheless not be ignored.

I have argued that the phenomenon pushing the envelope of Orthodoxy to the furthest extremes of the left has zero chance of ever becoming mainstream. I still believe that despite the expanding numbers.

But what about those numbers? If that many Jews are pushing or joining this leftward move to the outer edges of Orthodoxy and beyond, doesn’t that give it momentum and doesn’t that mean that Orthodoxy will indeed have a new movement? Do numbers matter?

Numbers do matter. The question is whether numbers can make assertions about their identity when they are not accepted by mainstream members of that group or their leadership.  That is the crux of the issue. I do not believe a movement can define itself as members of a movement when its leadership rejects them.  In the case of Orthodoxy, the rabbinic leadership of both the right wing and Centrists have rejected them.

Why that is the case has been discussed here before. I am not going to re-hash it. I would just point out that the ‘slippery slope’ argument has been put forth by one of their own leading lights. Rabbi Daniel Sperber is quoted in the Ha’aretz article:

“Slowly but surely, it turns out that the entire status of women in Judaism is changing. Within this process there are several things that seem drastic, quasi-Conservative or neo-Reform. You have to remember: Sometimes it’s enough that the questions arise, and we also have to be aware of the dangers. I spoke in the United States a few weeks ago, and there I said that we’ve reached a point where the boundaries are expanding, and the more you advance the wider the horizons. Until now everything we’ve done was within legitimate halakhic parameters. We have to be careful not to cross the boundary, and the boundary is vague.”

Obviously I am in profound disagreement with his innovations. But even he realizes that a slippery slope exists.

Suffice it to say that there is a schism, but it is a schism that is taking large numbers of seriously observant Jews out of Orthodoxy, despite their protestations to the contrary.  And protest they do. They insist on calling themselves Orthodox despite being rejected by virtually all the rabbinic leadership to their right. The question is why? Why insist that you are Orthodox if you are clearly so rejected by the peers to your right?

The answer in my view is obvious. They want to be accepted as an Orthodox – since they claim to be following Halacha in all of their innovations. Some of their brighter and more scholarly rabbis have written Teshuvos – responsa for these innovations. The most controversial of which was written by Rabbi Herzl Hefter justifying the ordination of women. The problem is it is that his Halachic justification is weak and written by a comparative lightweight whose opinions are motivated more by ideas that are foreign to Judaism than they are by strict interpretation of Halacha – sincere though he may be.  A rabbi with the heft of Rav Soloveitchik is needed for that kind of change. And Rav Soloveitchik would never have agreed with these innovations or his reasoning for them. 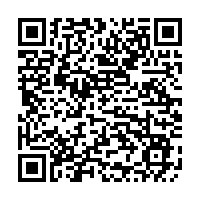