Cleared for publication: Detectives at the Jerusalem District Police Central Unit have arrested seven suspects, all residents of Abu Tor, including three minors, in connecction with attacks on Jews in the area of the Armon HaNatziv promenade in East Talpiot.


In each case, there were a number of attackers, and the victims were seriously injured.

“These were serious attacks against civilians who wanted nothing more than to be able to stroll outside and enjoy the air,” Edri said in a statement.

“The professionalism of the central unit and determination of the Jerusalem Special Operations forces and Border Guard Police led to the prompt arrest of the suspects,” he added, praising his investigators for a job well done.

“We will continue to operation in an uncompromising manner against any attempt to disturb the public safety and peace, and we will operate to bring all the perpetrators to justice.” 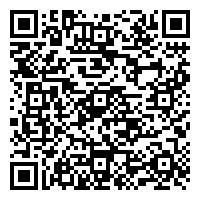