The woman, wearing a tank top and jeans, has her full attention on the tomato box. The haredi woman touches one of her bare arms. The woman turns around and the haredi woman immediately snaps at her, pointing at her bare arms: “Next time don’t come to the market like this. Next time you’ll come with sleeves.”

The above excerpt from an article in Ynet illustrates one of problems isolationist societies like the one that Charedi woman ‘Tznius- cop” no doubt comes from.

Machane Yehuda (pictured) was overhauled by Jewish merchants very likely in order to compete with the Arab Shuk. The Arab Shuk was opened up to Jews after the 6-day war. And business boomed. Arab merchants of all types selling their wares had a new and booming market in all the Israelis and tourists that came to visit the Kotel. Going through the Arab Shuk was one of the common ways to leave that area. On my first trip to Israel I exited the Kotel Plaza that way. It was (and still is) a sight to behold.

But once the terrorism started, many Jews feared entering that area – although some Jews (mostly tourists I imagine) still shop there. The Shuk was a great place to buy produce at a very cheap price. Sensing a need, a new market for cheap produce was estabished outside the old city for Jews. It is called Machane Yehuda. If I recall correctly it is not far from Meah Shearim. Some people call it the Israeli Shuk.

Meah Shearim residents shop there. But they are not the only ones. Secular Jews are increasingly doing so. And that is where yet another clash of cultures takes place.

Here’s the problem. Meah Shearim Jews have a heightened sensitivity to Tznius violations. A woman wearing a sleeveless top and slacks will be considered inappropriately attired.

While this may not be a Halachicly acceptable way for a Jewish woman to dress in public – most of the rest of the world – religious Jews included – is used to this kind of dress and thinks nothing of it. Even for those who do consider it a problem they simply try not to look at an immodestly dressed woman. In the world of Meah Shearim this intolerable. They cannot handle it.

So to the extent they are able – they try to impose their modesty standards. Hence one will see signs related to female dress as one enters the Meah Shearim neighborhoods. This phenomenon in and of itself is tolerable. The residents of that neighborhood have a right to express their sensitivities to those who enter their neighborhoods. What they do not have a right to do is enforce them. Unfortunately some of the more militant residents of that neighborhood don’t care about whether or not they have that right or not. They enforce it. In some cases using means that the Mafia would be proud of.

There are horror stories of acid or bleach being spilled on innocent passersby if they were dressed in less than Meah Shearim community Tznius standards. They also have Tznius squads that go around checking what people wear and intimidating merchants into carrying Tznius signs throughout Meah Shearim and the nearby Geula neighborhood. They have torched stores, beat up businessmen who sold “inappropriate” technology, and vandalized a religious bookstore for refusing to carry one of their signs.

Until recently their tactics have been limited to their own neighborhoods. But now they have decided to branch out. We all know about the intimidating tactics that took place last year in Bet Shemesh where an eight-year old girl was harassed daily on her way to a religious school and called a whore. But now they are branching out. To places like Machane Yehuda. And instead of men doing the harassing – it is women.

Last year it happened to some women walking in the streets of Jerusalem outside of the Meah Shearim neighborhood.

Here’s the thing. They cannot impose their standards on the world. They do not own the world. Just because they see someone they think is not properly dressed does not give them the right to intimidate them. To most of the civilized world that is a forgone conclusion. But not for them. 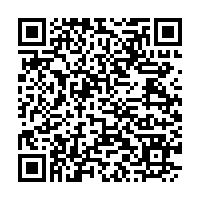