The hits just keep on coming. I’m not talking about music. I’m talking about the world of Orthodoxy being ‘hit’ yet again with another scandal. This time it is financial. The ‘hits’ seem to alternate between financial scandals and sex scandals.

To say that I am embarrassed by it every single time it happens – would be an understatement. We are barely past the scandal of a Modern Orthodox rabbi’s voyeurism and we are once again faced with yet another financial scandal. This time by a group of Chasidim from Kiryas Joel and Williamsburg.


As Rabbi Chaim Dovid Zweibel indicated in his address to the Agudah convention last night, the goodwill we in Orthodoxy have built up by all of our achievements and contributions is countered by one scandal after another. The people who befriend us read the same newspapers we read. They read about people who claim to be among the most moral and ethical Jews; people that go out of their way to look different from a general society they paint as completely immoral – defrauding the government in the millions of dollars.

I have said this before. When a society sees the surrounding culture as completely immoral and believe them all to be anti-Semites, it should not be all that surprising that some people in that society see nothing wrong with ultimately cheating them.

It starts with gaming the system to get government aid legitimately. That is often accompanied with comments like this: ‘The lowlifes of the inner city get government aid, why shouldn’t we – the people with the lofty ideals of the Torah? It is not too much of leap for some of them to say, ‘It’s OK to scam the system illegally since they Goyim are all evil Jew haters anyway’! ‘’As long as you don’t get caught!’ ‘And since we Jews are so smart we won’t be!’ That is bolstered by religious leaders like the Chasidic Rebbe caught in an elaborate tax frauds and money laundering scheme. He was caught and convicted. The message received all too often is that if the Rebbe did it, it must be OK. What is not OK is getting caught.

I know it isn’t only Chasidim that defraud. Bernie Madoff proved that. As did a non Chasidic Orthodox Jew that stole money from the charity fund he headed.

But it just seems like a lot more of it comes out of a system that utilizes government welfare to the max.

Addressing the issues crime committed by Orthodox Jews, Rabbi Zweibel made the following comment with which I agree. From VIN:

It is the lack of adherence to them that caused these miscreants to try and cheat the government. In his closing remarks he said the following:

He could not be more right about this. Artifacts are not what make us great. It is our conduct that does. But as true as this is, it is not enough. It is in fact yet another platitude coming out of Agudah. Nice words. But he ends without a hint as to why some of our own people do not conduct themselves in ways that are a Kiddush HaShem – and instead act in ways that are a Chilul HaShem. The blame for this should be placed squarely where it belongs. On the faulty Chinuch that characterizes the outside world as totally immoral and Anti-Semitic. The worst offenders of this approach are the Chasidim of Satmar and other like minded Chasidim. 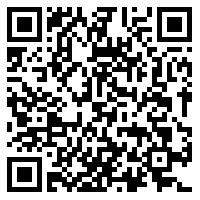