Rabbi Yehudah Glick was spotted zooming through the halls of Shaarei Tzedek hospital on his wheelchair, bundled up with blankets – and without any breathing tubes or other equipment plugged into him. Utterly inspiring.

This is a miraculous recovery for the Jewish Human Rights activist who was shot 4 times at close range by an Arab assassin on October 29, 2014 outside the Begin Center in Jerusalem.

Glick underwent multiple surgeries to remove parts of his intestines, lungs, and repair other internal damage from the shooting. Besides the shots to his stomach and chest, Glick was also shot in the arm and neck.

It was only a week that ago doctors were finally able to first wake him up and begin weaning him off the respirator.

Refuah Shleimah, and we hope to see you back soon on the Temple Mount. 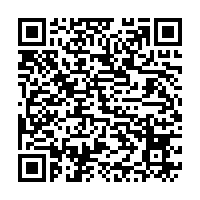