Note from Harry Maryles: Yet again I am going to dispense with my usual pre Yom Tov D’var Torah and cross post this important message from Rabbi Yakov Horowtiz’s website. I’m sorry to have to post on such a sad subject on the eve of one of our most joyous holidays. But the urgency of this matter compels me to do so.

Rabbi Necheyia Weberman is about to begin his trial on charges of sexually abusing of a young girl. One may recall the massive fundraising event held on Rabbi Weberman’s behalf. One may also recall that that some of his supporters were caught by authorities trying to bribe the chief witness (the victim) in this case to drop the charges. I think we can be sure that his community will continue to do everything they can to get him acquitted.


To put it the way Rabbi Horowitz did, Rabbi Nechemia Weberman deserves his day in court. Let us do what we can to make sure that on that “day” justice will indeed be served. His words follow:

After many delays and much legal wrangling, Nechemia Weberman will finally stand trial in Brooklyn Criminal Court on October 30th for allegedly abusing a young girl in the Williamsburg community over a period of three years — beginning when she was 12-years old.

Mr. Weberman is entitled to his day in court and the presumption of innocence until proven guilty.

Having said that, quoting the Halachic terms employed in the Teshuva of Rav Elyashiv zt”l, there is clearly far more than raglayim l’davar (credible suspicion) in this case. In fact, all indications point to the inescapable conclusion that something is very, very wrong here.

What Parents Need to Know

One of the most important things frum parents – especially those in the “heimish” community – ought to be developing is a deep understanding of the norms and accepted practice in the mental health profession. Gaining this would allow devoted and caring parents the ability to obtain suitable professional help for their children who need it, and avoid the trauma associated with following the recommendations made by untrained, well-meaning folks (unfortunately, an all too frequent occurrence, one which sometimes creates horrific results).

Moreover, it would help undo the denial and cognitive dissonance of those who defend Weberman — by pointing out how disturbing were the circumstances of his “treatment” of the young girls referred to him.

Think of it this way. Wouldn’t alarm bells go off in your mind if a doctor performed an invasive procedure without using latex gloves or if he/she picked up a used syringe to give you an injection? Wouldn’t you think it strange if you were a single mother and were requested to meet with your son’s Rebbe or principal at 9 p.m. one evening in a deserted Yeshiva building to discuss your son’s progress?

Well, those of us familiar with the do’s and don’ts of accepted practice in the mental health profession saw similar blaring warning lights in our minds, as should have occurred when the facts were made public that Weberman:

(1) Had unregulated access to many girls over a number of years in his inappropriate and illegal role as their unlicensed “therapist.”

(2) Had these young girls referred to him for counseling by very Chassidish schools, whose general level of gender separation far exceeds those of the typical “Bais Yakov” (and it would be exceedingly rare for non-Chassidish girls’ schools to regularly refer their Talmidos to a male therapist)

(3) Engaged in private, unsupervised counseling sessions with young girls — often in an office/apartment that contained a working bedroom — violating all norms of yichud and tzniyus.

In addition to all these disturbing facts, it has become clear that these serious allegations are in fact not isolated ones. In fact, since Mr. Weberman’s arrest, I was personally contacted by immediate family members of four additional alleged victims of his who are afraid to come forward, and those of us close to the community have heard similar reports from others as well.

All the victims – none of whom know each other and all of whom are terrified to go to the authorities because of fear of backlash from the community – report striking similarities in the MO of Weberman (his manner of working), fueling suspicion that we are only seeing the tip of the iceberg.

What is most chilling is that each and every one of his victims who came to us is currently married; meaning that (1) this has been going on for a very long time and (2) if there are current victims who are single, they are even more terrified than the married women of coming forward, for fear that going public will ruin their chances of doing a decent shidduch.

Weberman’s case may very well be our community’s most important abuse trial during our lifetimes. It is imperative that we have a huge turnout in support of this courageous young lady who, may she be gezunt andge’bentched, is determined to see this through to the end so others won’t suffer like she did. Unbearable pressure is being brought to bear against her and her family to drop the case, which is one of the reasons that a show of support is so important.

Now That You Know

Those of us who work with abuse survivors respectfully implore you to please, please stand with this victim on October 30th and with the other silent and silenced victims who are watching this case unfold very carefully and with all survivors of abuse and molestation.

Please pass this on to your friends and family members and I hope to see you at the trial, heeding the timeless charge of Yeshayahu (Isaiah) (1:16) to “Seek justice [and] strengthen the victim.” 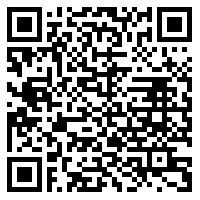