I have no idea how this bastion of world diplomacy, the US State Department got the nickname, Foggy Bottom, but I think it’s a name well deserved.  That’s because the thinking coming out of there seems to be pretty foggy.  This is especially true when it comes to issues concerning the Middle East.

I get the President relies on them. Most of the  people working there are experienced analysts of world events and are dedicated to studying them based on a variety of usually dependable sources. It would therefore seem logical to follow their advice. Diplomacy is always their solution to all problems.


But that is a solution that does not always work. Diplomacy is fraught with dangers of its own.  Nonetheless that is what they advocate to solve all world problems. In some cases diplomacy will not only not be ineffective, it will be counterproductive.

The best example of that kind of failure is when in 1938 England’s  Prime Minister, Neville Chamberlain met with Hitler and used diplomacy to reach a compromise allowing Hitler to take over Czechoslovakia in exchange for guarantees that he would not to go to war with England. Here is what Chamberlain said upon his return:

My good friends, for the second time in our history, a British Prime Minister has returned from Germany bringing peace with honour. I believe it is peace for our time. We thank you from the bottom of our hearts. Go home and get a nice quiet sleep

What followed the following year was the beginning of a war that saw Hitler successfully invading just about all of Europe and eventually bombing the UK. Hitler’s primary goal was to rid Europe of all Jews – ultimately deciding that the only real way to do that was to kill us all.

So much for diplomacy.

Now imagine a mass murderer like Hitler that believes God backs him in that endeavor. A leader that mass murders people in our day for the sake of God. Actually we don’t have to imagine it. Ebrahim Raisi, a protégé of the of Current Supreme Leader Ayatollah Ali Khamenei and his likely successor has just been elected president of Iran. From ABC News:

According to an Amnesty International report in 2018, Raisi was a member of a four-member board known as the “Death Committee.” Along with three other judiciary officials of the time, he presided over the execution of thousands of prisoners — mostly affiliated with the left and communist political groups and parties. The majority of these prisoners had already finished their prison sentences, and were executed on the grounds that they did not “express repentance for their past political beliefs and activities and denounce their political groups in writing,” Amnesty said.

While I am not a fan of Amnesty International because if their bias against Israel, it’s hard to ignore what they said here.  And there is this from the BBC:

Mr Raisi also came in for criticism over the fate of those arrested when an increase in petrol prices sparked protests in towns and cities across Iran, in November 2019.

The unrest prompted a bloody crackdown by the security forces.

Amnesty International said more than 304 people had been killed, while a Reuters news agency report put the death toll at 1,500.

The mass murder in this case was not based on racism. It was based purely on his religious ideology. He has no guilt about these mass murders. He only has pride because he believes he is serving God by insuring national observance Sharia law by which his country is ruled.  Any attempt to liberalize the country that contradicts or undermines that must be stopped at all costs – as the ultimate service to God.

In the same vein he views the Jewish State of Israel as a contradiction to his beliefs which must be eradicated. Even if it involves mass murdering its people.

I see no difference between Hitler and Raisi. Other than the fact that Raisi sees eradicating Israel a religious obligation. Even if means mass murdering Jews. In my view this makes him more dangerous that Hitler. Given the opportunity, imagine what Raisi might do with the nuclear weapons sure to be developed. If not now, then in about 5 years.

5 years is the amount of time left if the US rejoins the nuclear deal with Iran. About 5 years ago the US tried to delay Iran’s rapid development of nuclear weapons with that deal. Ignoring all the atrocities Iran is directly or indirectly responsible for all over the world. The argument was that by delaying Iran’s production of the bomb for 10 years, they could convince them to join the rest of civilization and reject their terrorist behavior and instead focus on improving the lives of their citizens – aided by sanctions relief.

That hope never had a chance of succeeding. Instead of curbing their terrorist activates Iran doubled down on them. Which is why Hamas has so many rockets they use only to attack Israel. Iran was also allowed to go full speed ahead developing a ballistic missile system capable of carrying nuclear tipped warheads.

Even if sanctions had not  been reinstated, Iran would not only be a short 5 years away from nuclear weapons with the capability of attacking other countries with their newly developed delivery system. Only they would have been doing so without the crippling sanctions in place now.

While they have resumed work of a nuclear weapon now that sanctions have been restored, they have to do so with an economy in ruins. Their people are suffering. Which is why their last election had the lowest turnout in the history of the current regime. That allowed the devout Muslims who believe as Raisi does to hand him a landslide victory.

It my hope that the US not resume any kind if ‘peace in our time’ deal with a 20th  century  religious ‘Hitler’ that would lift sanctions. If anything they need to add more sanctions and convince Europe to do the same. And do it quickly before they get the chance to complete their development of nuclear weapons. That Raisi wants to resume the nuclear deal only means that he wants the sanctions to be lifted. He has no intention of discarding Iran’s nuclear ambitions. He may delay them for 5 years but he will certainly resume development with a vengeance. Only this time without the sanctions crippling his country his country now suffers and a greater ability to finance their religious ambitions and less opposition form a populace no longer as upset since their lives will be improved.

The bottom line is that I could not agree more with Israeli Prime Minister, Naftali Bennett’s reaction to Raisi’s election:

“Raisi’s election is, I would say, the last chance for world powers to wake up before returning to the nuclear agreement, and understand who they are doing business with … A regime of brutal hangmen must never be allowed to have weapons of mass-destruction.” 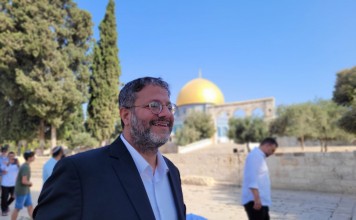 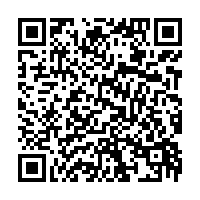