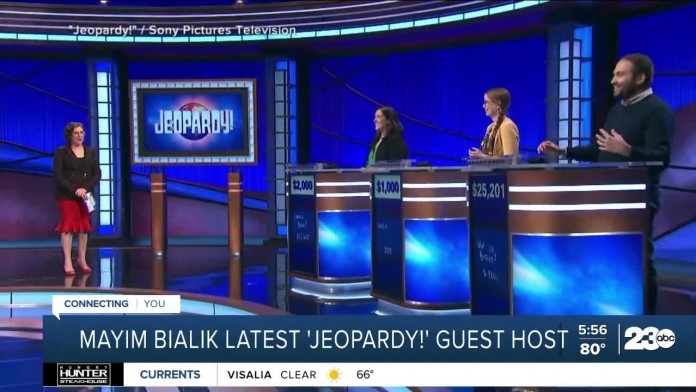 Yet again the New York Times has put its best anti Israel foot forward. The Times would of course vigorously deny that. But any fair-minded individual with the slightest bit of intelligence (except for their diehard fans) will see right through those denials. That Bari Weiss, a talented pro Israel columnist was harassed out of her job (she resigned) is evidence of the anti Israel editorial policy and culture among their columnists. The Times claim of neutrality is a joke. This has once again happened in a recent column about the game show Jeopardy.

Full disclosure: I am a Jeopardy fan and have been a regular viewer for years (usually recording it so that I can skip the ads). For me it was mostly about seeing how many of ‘questions’ I can answer.  Additionally, I appreciate the categories I feel I have some decent knowledge about. Like those having to do with religion, Judaism, the bible, or Israel.


I also enjoy seeing just how smart some of the contestants are. And it didn’t hurt that the late Alex Trebek was a great host. Who seemed to be pretty knowledgeable himself (although he did have all the ‘answers’ right in front of him.)

Another thing I liked about Jeopardy was that for a game show, they seemed to have a very positive attitude about Israel. That was seen in how often they had questions about the country. I recall one particular episode where an entire category featured videos of host Trebek asking questions from many different locations in Israel about ancient historical sites. And then thanking the Israel’s Tourism Ministry for arranging that trip and facilitating that category’s ‘questions’. He may not have explicitly said he was pro Israel. But it was hard to imagine he wasn’t based on that particular episode.

One of the entertainment industry’s hottest news items over the last year was – who would replace  the ‘irreplaceable’ Trebek.  After a series of guest hosts and one failed attempt at a permanent one, Mayim Bialik (of ‘Big Bang Theory’ fame) seems to have gotten the job.

It makes me proud that a Shomer Shabbos actress was chosen to host this popular game show. She happens to be a great host and quite intelligent herself – having earned a PhD in neuroscience. She also has the ‘right’ personality for the job: a smiling friendly demeaner and a great sense of humor.

Being host of a TV game show is not a political job. A host’s politics are irrelevant. But Julia Jacobs, one of the Times arts editors thinks it is. She apparently considers being pro Israel to be a disqualifier. That Bialik never talks about her politics on the show is irrelevant to Jacobs. What is relevant is that she has publicly expressed a pro Israel point of view. That, according to Jacobs, is enough to consider her unqualified to host a TV game show. (I guess she didn’t notice that Trebek was pretty pro Israel too. But then again, he wasn’t Jewish – and religious to boot – the way Bialik is.)

What was the Jacobs upset about? From the Algemeiner:

“Bialik(once) blogged about donating money to buy bulletproof vests for the Israel Defense Forces.”  …a Times photo cutline identifies her as “Bialik, who has courted controversy by weighing in on hot-button issues online.”

Is it a “hot button” “controversy” to be of the opinion that soldiers of the Jewish state — like those of other national armed forces, like New York City police officers, like even New York Times reporters in war zones — should be protected by body armor? Would Times arts editors or readers prefer instead that the Israel Defense Force soldiers go into battle unprotected from enemy bullets, so that they be slain more easily? Is the opposite view — that Israeli soldiers should be deprived of body armor — the only opinion acceptable for a suitable Times-approved “Jeopardy” host?”‘

God forbid anyone say a positive word about the Jewish state. The only thing acceptable to the Times is criticism.  They may not support BDS. (…or who knows. Maybe they do!) But they will vigorously defend anyone that does. I am willing to bet that if Bialik was a BDS supporter, that the Times would have praised her ‘courage to express an unpopular view’ and supported her as the host of that show… Saying exactly what I said about personal politics being irrelevant.

Normally I would not care what some biased rag says about Israel. But despite their obvious irrefutable bias, they are still a highly respected newspaper. Often quoted by the other mainstream media outlets as a source for news and opinion.

This paper disgusts me. They are the forefront of passing off opinion as journalism and caring not a whit about the truth. To the Times, being balanced means being anti Israel.

Thankfully the producers of Jeopardy are not guided by that rag. I hope to continue watching many more episodes of Jeopardy with pride as Mayim Bialik continues to host. As for the Times… May they sink into the ground in insolvency where they belong. 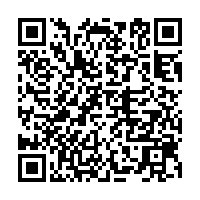