One of the busiest airports in the world in the busiest time of the year: Kennedy Airport in August.

Add to that, four lively Sabras aged 2 to 8 each pulling a wheely; one exhausted Mommy pushing their newly acquired Mountain Buggy with her right hand and her wheely with her left; and a perspiring and persevering Daddy coming up in the rear with their six suitcases, each weighing in at (hopefully) only 20 kilos.

They marched through the airport in the late evening (silently praying that the kids would all sleep through the flight home). They were finally on their way home to Israel after several emotional and exhilarating visits with their recently widowed and hospitalized Zaydie in New York. It was worth all the financial expense as well as the tremendous physical and emotional effort of somehow procuring visas for the children when there were no appointments in the Jerusalem embassy. Even the Corona tests before, after, and in-between were a small price to pay for being reunited with their Zaydie whom they hadn’t seen for almost two years.

It was on their way to the gate when Tali, the Mommy, spotted it. It was an inconspicuous, well-worn black bag, pushed into a corner near a water cooler. She left the buggy to pick it up and even before she opened the zipper, she knew what a treasure she was holding. There was no name or initials embroidered on the bag. Just a small laminated card with a prayer printed in Spanish, nestled between the inky leather straps of the tefillin. She glanced furtively about seeking the owner of the lost tefillin. No luck.

Meanwhile, as her family marched onwards to the gate she shouted out to them to come back. Her ever-patient husband Aryeh executed a three-point turn and headed back with all the children and all the baggage.

“Aryeh! Look what I found! Someone lost their tefillin. What should we do?”

The children gaped in awe mingled with sorrow.

“Whoever lost them must be so, so sad,” mourned Shoshi, the oldest.

“His daddy is going to be really mad at him for losing them,” tusked five-year-old Yoni as he nodded his head in sympathy.

“Should we leave them here, assuming the owner will realize his loss, retrace his steps, and come back here? If he comes back and they are gone he will be absolutely distraught. But if we leave them here, a cleaning person might either take them or just sweep them away. After all, this is not Ben-Gurion Airport in Eretz Yisrael! Aryeh, what should we do?” pleaded Tali.

As they deliberated, the cleaning person was watching.

Tali stuttered, “Well, not actually but I…”

“If it ain’t yours, you gotta give it to Lost and Found. Here, I’ll take it fer you,” he offered as he grabbed the bag.

Tali jerked the bag away from him. “I’ll do it myself, thank you. Where is this Lost and Found office? ”

Disappointed, he shrugged and reluctantly swerved his neck toward the direction of the office.

“Whatcha got there ma’am?” greeted the huge friendly African-American behind the desk. “Somebody’s lost their lunch bag? We’ll find him before he gets too hungry,” he chuckled.

“Well, no, it’s a religious article and extremely valuable to its owner. With no identification.”

His smile disappeared and was taken over by worry.

“Wow. Somethin’ religious and valuable, too. How the heck are we ever gonna find this owner guy?”

“I think I might be able to locate him,” volunteered Tali. “The owner is of the Jewish faith and probably lives in Israel, my home. May even be on my flight,” she added persuasively, as she reached for the bag sitting on the counter between them.

“Mmm, uh,” he pondered slowly before the words spilled out of his lips in a torrent, “so then let’s just say you never walked into this office and I don’t know you. Understand? Go ahead and good luck t’you ma’am,” he winked and nodded to the door.

Their flight was being called and they had no more time to deliberate. Tali and Aryeh hurried to the gate with all the children, all their wheelies, snack bags, one teddy, one American Girl doll, one security blanket, tickets, passports, Corona documents, and the black bag tucked under Tali’s arm.

Once they were settled in their seats and masks and the seatbelt light went off, Aryeh walked up and down the aisles looking for Jewish passengers and asking if they had lost their tefillin. After all, the Delta flight to Israel must be full of Jewish passengers. He approached all eligible candidates – even the bearded man with the NYC baseball cap who was on his way home to Ramallah. Oops.

Aryeh and Tali brought the tefillin back home to Eretz Yisrael. They both have kosher phones and don’t subscribe to social media. But Tali, an architect, does have WhatsApp for her business, and she posted it on her status as soon as she got home. Her contacts subsequently forwarded the item on their platforms, and within a day the grateful owner phoned to claim his tefillin – from Mexico! 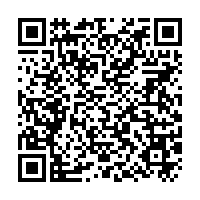