One of the things that really upset me is when the right wing uses Gedolim they have little respect for to forward their agenda. This is what happened this week in an Ami editorial by Rabbi Yitztchok Frankfurter.
That he has little respect for the Rav (Rav Yoshe Ber Soloveitchik) is made obvious by a very subltle and  small omission in this and previous articles by him about. The omission of the letter T. What may seem like a laughable complaint to the uninitiated, it is in fact a huge omission.  Here’s why.
The T that is missing is in the honorific ‘ZTL’ written after the name of rabbinic leaders that have passed away. ZTL stand for Zecher Tzadik L’Vracha – remember this Tzadik (saintly man) for a blessing. To the uninitiated the term ZL (may he be remembered for a blessing) is a fine thing to say about any deceased Gadol. But for the right wing this is ‘code’ for denigrating him. To the right the Rav is not worthy of a appellation given – not  only to their Gedolim – but even obscure Rabbonim who never reached the level of being a Gadol. This is an intentional slight to show that the Rav is unworthy of being given a honorific that is given even to minor rabbis after their death.
This was first done by the now defunct Agudah publication the Jewish Observer in their obituary for him.  Therein they not only denigrated him by omitting this letter, they proceeded to besmirch his legacy  in a very negative description of his life and his Hashkafos. Perhaps it was divine justice that this magazine no longer exists.
Rabbi Frankfurter also did not refer to him with the title Rav… the way he would with Charedi Gedolim. He called him ‘Rabbi’ Soloveitchik – the same way he might refer to anyone with Semicha. Again not such a slight to the unititiated. But to the right – a clear and purposeful  lack of proper Kavod.
He further proceeds to bash the Rav because of his positive views on Religious Zionism which broke with the right. He calls Rav Soloveitchik’s views controversial – drawing the ‘ire and fire’ of various Gedolei Yisroel – especially Rav Schach. It sould be noted that he did not say ‘other’ Gedolei Ysroel. But Gedloei Yisroel which means that he clearly does not recognize the Rav as a Gadol!
I have no issue with those who disagreed with Rav Soloveitchik… even strongly. But I do have issues with people like Rabbi Frankfurter who use these disagreements to denigrate him.  Especially in this insidious ‘plausibly  deniable’ way… subtle to the uninitiated but very clear to the right! Right wing readers will see this as a  justifiable bashing of Rav Soloveitchik.Make no mistake about it. Rabbi Frankfurter does not value Rav Soloveitchik’s views at all – despite some positive articles about him no doubt run to increase Ami’s circulation numbers!
As I said, Rabbi Frankfurter has no compunction using Rav Soloveichik to suit his own purposes. He unabashedly deigns to knows what the Rav would say about Religious Zionism today. That he would change his mind about supporting it now that it favors legislation in unfavorable to Charedim . I understand that Rabbi Frankurter is upset.  But what right does a man who had never experienced one moment with the Rav… a man whose views are among the most right wing in Orthodoxy and a man who very likely did not study his great works (like Halakhic Man)  claim to know what the Rav would have held? Does he know anything about the Rav besides all the negative rhetoric with which  he has been indoctrinated?

I freely admit that I don’t know how the Rav would have treated this subject.  I’m not even sure his greatest Talmidm can say for sure what his views would be today. But the one person whose speculation is completely without value is a man who would use a Gadol he bashes to serve his own purposes. 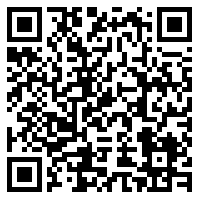