Ami Magazine published an article by Sara Yocheved Rigler that would have many of our Geonim and Rishonim turning over in their graves. In a nutshell, the article describes strange phenomena such as fear of Nazi related imagery or fear of situations that might be similar to Holocaust experiences. The people experiencing these things are not able to explain why they have these fears.

According to the article, these are manifestations of reincarnated souls from the Holocaust. That is the only explanation given for these oddities (which are not very odd at all). In fact, the article goes so far as to suggest that non-Jews are also reincarnated with Jewish souls from the Holocaust and this is what draws them toward conversion. Of course this is problematic because those who believe in reincarnation and recycling of souls also believe that souls only transmigrate from Jew to Jew and non-Jews are given new souls with each birth. This is waved away by a rabbi quoted in the article who says if you wanted to be a non-Jew in a previous life you come back as a non-Jew.


I have three basic issues with this article.

1. It is disingenuous because it uses anecdotes from people who do not necessarily agree with the article as support for the article’s ideas. For example, Rabbi Berel Wein is quoted at the beginning of the article. He related that the Ponevezher Rav once said to a group of young couples in Miami that their job was to repopulate the world with Jews in the aftermath of the Holocaust. That is a common Jewish sentiment from the mid-20th century. The problem is that it is being used as some sort of support for the idea that Jews born in America are reincarnations of people who perished in the Holocaust. He said nothing of the sort. He meant nothing of the sort. There is simply no reason to think he did.

Another similar example is using R’ Lau’s recollection of the Holocaust. He famously said that experiencing the Holocaust as a child left him with three strong memories. Dogs, boots, and trains. This is somehow used as support for the idea that someone who is afraid of boots is reincarnated from someone who perished in the Holocaust.

Neither of those stories has anything to do with reincarnation. But it gives the article “credence” to toss a few familiar names into the article to prove irrelevant, agreed upon points.

2. Stay away from the Holocaust. Trying to explain Holocaust deaths as tikkun and a way of cleansing a soul is offensive. We don’t know why people die. We don’t even know if there is always a reason that people die. To try to make death feel better because it’s part of a giant soul reincarnation cleansing plan is no better than saying they died because of their sins. It’s ugly.

But more importantly, it demonstrates that the real reason reincarnation is being discussed in this context is to make us feel better. We don’t understand death and destruction so we explain it with reincarnation. We don’t understand how millions could die for no reason so we explain it with reincarnation. We can’t explain a fear of showers or boots so it must be reincarnated souls from the Holocaust. There might be better answers to these questions. But the article does not explore them. Using the emotional appeal of the Holocaust to draw us into a reincarnation narrative is inappropriate.

3. Most importantly, reincarnation is a very controversial subject in Judaism. It’s not mentioned in Tanach. It’s not mentioned in the Talmud or Medrash. It’s rejected by most of the Geonim. It is rejected or ignored by many of the mainstream Rishonim. It serves no theological purpose other than to explain things that might be able to be explained in another way.

The article jumps right into reincarnation without a moment’s consideration of the very prominent Torah authority figures that reject reincarnation. This is at worst a lie and at best ignorance. But either way it is incomplete. Gilgul is not a necessary belief in orthodox Judaism. In fact, it might be worst to believe in it than not to believe in it. Why are we normalizing this kind of thing? Why are we discarding the valid opinions that don’t hold of gilgul? Why is it okay to just side with the Arizal on everything and forget about everyone else?

I don’t need to make the complete case against gilgul here. But I will make a couple of points.

The Ancient Greeks believed in reincarnation. We did not. We knew their beliefs and we rejected them in the time of Chazal. It’s impossible to say that Jews did not talk about reincarnation because they just didn’t know that it could exist. It was known and it was not accepted. It began to be accepted by a select few Rishonim after being rejected by the two most prominent early Rishonim that discuss Hashkafa, Rambam and Rabbi Judah HaLevi. The one prominent Rishon who does mention gilgul is Ramban and he does so at the expense of an interpretation on the verse that is in Chazal. In other words, they had a different explanation for the verse. The interpretation of Ramban contradicts Chazal.

In the 15th and 16th century there was a renewed interest in this sort of thing. Dybbuks also became more popular in this period. (See: Between Worlds: Dybbuks, Exorcists, and Early Modern Judaism ) But it’s no fait accompli that gilguls and dybbuks are part of Judaism. We have no idea if it’s true and our early sources say that it’s not.

It’s not a positive development that these beliefs have gone mainstream. They are too easy to reject and cast aspersion on the more vital parts of Judaism. We don’t need this stuff in Judaism and it doesn’t improve our lives. Why are we so willing and eager to embrace it in our publications without question? This is my little protest. Don’t force these beliefs down our throats. It’s not integral to Judaism.

(Note: Reincarnation at the times of Messiah has nothing to do with this discussion.) 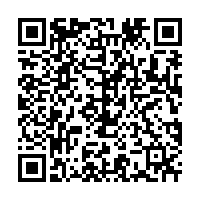