It’s very difficult to ignore what is going on in Egypt. Daily news coverage of the army slaughtering fellow Egyptians easily engenders sympathy for the victims. One can easily conclude that we are witnessing the actions of a vicious military crushing its unarmed protesting population. Indeed the world community including the United States has been condemning the army for that.

Those daily images of the bloody carnage will generate the same attitude in most people. It is difficult to see dead bodies lined up in makeshift morgues, severely wounded bloody victims, and wives and mothers who cry out in pain at the loss of a husband or child.


It is easy to sympathize with them. The reportage is extremely sympathetic to the underdog victims. But as always the case with media reports – rarely do they see context. It’s always about the underdog. In this case the underdog is the Muslim Brotherhood.

Let us take a moment and look at some historical and religious context.

Egypt’s former dictator, President Hosni Mubarak, was ousted from office after a popular uprising by Egyptian citizens . Democracy was their cry. They had apparently had enough of Mubarak. But he fought back. People were killed. Mubarak was eventually overthrown by his own military and arrested. After a brief military rule elections were held and Musilm Brotherhood candidate Muhamed Morsi was (somewhat surprisingly to me) elected by a majority of Egyptian voters.

Mosri pushed through a new constitution that was largely based on Islamic law. In the meantime Egypt’s economy collapsed and is in shambles. People started protesting again. The Egyptian military once again stepped in and quickly removed Morsi from office.

Hundreds of thousands of Muslim Brotherhood members were outraged seeing themselves robbed of their freely elected leader. They started protesting in huge numbers. The army fought back with live ammunition. The result is what we are now witnessing in the daily news coverage.

The US has wisely not reduced it financial support of Egypt. But it has not been shy about criticizing the Egyptian military’s lethal tactics in trying to suppress Brotherhood protests.

I think the first thing we have to do is look at what the Egyptian army is really fighting. They are fighting a movement that is extremely anti Semitic as a part of its religious theology. They believe that Israel is a gang, not a country and they will fight it until they destroy it.

The Muslim Brotherhood denies the Holocaust while praising Islamic Jihad and martyrdom. They condemn the peace treaty with Israel and they consistently call for the destruction of Israel. In addition, their Arabic website alleges that Jews have created evil in the world throughout history.

It is therefore my view that it does not serve Israel or US interests to support the Muslim Brotherhood – even though the Egyptian military tactic is brutal.

No one supports man’s inhumanity to man which is what it seems like the Egyptian military is doing. But as Chazal tell us – when one is kind to the cruel, they will end up being cruel to the kind. To peace loving democracies like the United States and Israel and to most other Western countries, the Brotherhood should be seen in the same light as Hamas, Hezbollah, and any other Islamist Jihadist group. They should be seen as determined to prevail at all cost. Including at the cost of innocent lives as anyone who lost a loved one on 9/11 can tell you.

What about the Egyptian military? They reflect the will of secular Egypt and have their support. But there is no love lost between Egypt’s secular population and Israel. As Muslims – they are in theory just as opposed to the Jewish State as the Muslim Brotherhood. But they are not in favor of hostilities with the Jewish State and are probably more willing to stand by the peace treaty with Israel as a means of achieving stability in the region. Secular Egyptians are more interested in improving their lives materially and having a government that responds to their needs. Israel’s legitimacy is in their minds a back burner issue for now.

What about the current carnage of Brotherhood members? I’m sorry. I don’t have too much sympathy for religious fanatics whose ultimate goal is to destroy the Jewish State and kill Jews… a movement that has spawned the likes Ayman Zawahiri.

They look like innocent victims in the eye of the camera. They portray themselves as devout Muslims whose only goal is to restore their Islamist leader and live religious lives. And they seem to be systematically slaughtered for simply expressing their protest in large numbers. But that is far from the complete picture – to say the least.

In my view the United States should take a ‘hands off’ approach. Let the Egyptian people fight it out. Let nature take its course. The Egyptian military should not be hampered. Financial aid should not be withheld since it helps ensure the continuance of the peace treaty. The Muslim Brotherhood must be defeated. If we allow them to succeed, we allow religious extremism to succeed and increase. And that is the last thing the world needs right now.

I wonder how many secular Egyptians miss Mubarak right about now? He may have been corrupt. But Egypt was a lot better off when he was around. And the Middle East was a lot more stable. The democracy that was hoped for by the west after he was deposed – never happened. Democracy is not only about having a free election. It is about including free and democratic principles that do not force religious law upon all its citizens. That’s what happened with Morsi. And that is why I’m glad he’s gone.

A word about fighting terrorism as perpetrated by the above-mentioned movements .The world should once and for all realize that what they are really fighting is not terrorism but an ideology. I don’t think they do. This is not about supporting a poor underdog… or a brutal military bent on destroying innocent people. This is a holy war initiated by a militant and fanatic religion that loves death more than we love life. How do you fight an idea? I don’t know. But the more the world realizes this fact, the better prepared they will be to deal with it. 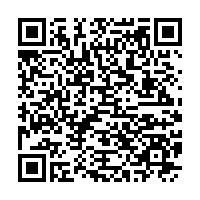