One of the largest hospitals in Denmark has admitted to serving only halal beef — meat that is slaughtered in accordance with strict Islamic guidelines — to all of its patients regardless of whether or not they are Muslim.

The revelation that Danes are being forced to eat Islamically slaughtered meat at public institutions has triggered a spirited nationwide debate about how far Denmark should go to accommodate the estimated 250,000 Muslim immigrants now living in the country.


The halal food row erupted in July when the Danish tabloid Ekstra Bladet reported that Hvidovre Hospital near Copenhagen has been secretly serving only halal-slaughtered meat for the sake of its Muslim patients, for the past ten years. The hospital serves more than 40,000 patients annually, many (if not most) of whom presumably are non-Muslim.

Halal — which in Arabic means lawful or legal — is a term designating any object or action that is permissible according to Islamic Sharia law. In the context of food, halal meat is derived from animals slaughtered by hand according to methods stipulated in Islamic religious texts.

One such halal method, called dhabihah, consists of making a swift, deep incision with a sharp knife on the neck that cuts the jugular vein, leaving the animal to bleed to death. Much of the controversy involving halal stems from the fact that Sharia law bans the practice of stunning the animals before they are slaughtered. Pre-slaughter stunning renders the animals unconscious and is said to lessen their pain.

Amid a surge of public outrage over the decision to serve only halal beef, Hvidovre Hospital’s vice president, Torben Mogensen, has been unapologetic. “We have many patients from different ethnic backgrounds, which we must take into account, and it is impossible to have both the one and the other kind of beef,” he says.

“First,” Mogensen adds, “I do not think that a slaughter method as such has anything to do with faith. Second is, of course, that all chickens in Denmark are halal slaughtered, and it has to my knowledge not caused anyone to stop eating chicken.”

In a press release, Hvidovre Hospital states, “We introduced halal meat both for practical and economic reasons. It would be both more difficult and more expensive to have to make both a halal version and a non-halal version of the dishes. Then we have two production lines. It requires more people, more equipment and more money.”

The hospital advises non-Muslims to take it or leave it: “We always have alternatives to halal meat such as pork, fish or vegetarian dishes. It is a question of attitude.”

According to the Danish Broadcasting Corporation, there is no comprehensive inventory of the number of hospitals in Denmark have halal meat on the menu. But officials at the University Hospital in Aarhus, the second-largest urban area in Denmark after Copenhagen, say the decision by Hvidovre Hospital to serve only halal is an example of political correctness run amok.

In an interview with the newspaper Jyllands-Posten, Ole Hoffmann, the head chef of Aarhus University Hospital says: “We have never had a patient ask for halal meat, and therefore it is an issue that we have never discussed. I think it is a strange decision. If there was a desire to serve halal meat, then we would of course consider it, but we would never completely eliminate non-halal meat.” 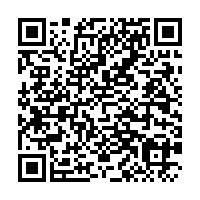