I regret to report the Petirah (passing) of Rav Avrohom Chaim Levin, ZTL. He was the Rosh HaYeshiva of Telshe – Snif (branch) Chicago, and a member of the Agudah Moetzes Gedolei HaTorah.

Rav Levine was a Gadol. I do not use that term lightly. In fact I do not believe there are too many of them left in this country. But he was clearly one of them in my eyes. He exemplified the Midah of Emes and he openly stood his ground on principles in which he believed – even when challenged.

He was also an Anav. A man of great humility. He never asserted his stature as a Rosh HaYeshiva or member of the Moetzes. When the Chicago Mikva Association sought Poskim for the Mikva that was being built in the 1970s they chose the 3 of the top Talmidei Chachamim in Chicago at the time. He was one of them along with R’ Dovid Berish Meisels (current Satmar Rebbe of Boro Park) and my Rebbe, Rav Ahron Soloveichik, ZTL. Whenever there was a matter of Psak Halacha discussed among them, Rav Levine always deferred to Rav Ahron (as did R’ Dovid Berish – himself an expert in those Halachos). Even if R’ Ahron’s decisions were seen by some as controversial.

Another instance of his humility I witnessed was at the first ‘graduation’ ceremony of Dayanim from the Choshen Mishpat Kollel here in Chicago. He was one of the featured speakers along with (Yibodel L’Chaim) Rav Gedalia Dov Schwartz,  then the Av Bes Din of the CRC and of the RCA. In his comments he referred to Rav Schwartz as the Gadol Ha-Ir, the great sage of the city of Chicago.

I recall several other stories about Rav Levin that have inspired me. At a Torah U’Mesorah convention a few years ago attended by both Rav Levin and Ner Israel Rosh HaYeshiva, Rav Aharon Feldman. R’ Feldman was challenged to explain the value of the secular studies curriculum his yeshiva offers. Ner Israel is known to not only have a relatively decent one, it is also known for helping their students navigate their way through college in a variety of ways.

Rabbi Feldman answered why such a curriculum was justified. But then – in an almost apologetic way – went on to say that it had a down side for some students who would benefit in their Torah studies without it. He compared the way Americans are educated to the way Israelis are. They have has no secular studies program. And then he used his 16 year old grandson as an example – telling the assembled that his grandson knew an entire Meseches by heart – including every Tosephos! He posited that no high school student in America could do that – primarily because they did not have the time necessary time to accomplish that due to the time taken up by secular studies.

Rav Levin did not just sit back and allow that comment to pass unchallenged. He stood up and completely disagreed with Rabbi Feldman – telling him that his Yeshiva ‘B’Shita’ as a matter of principle offered a secular studies curriculum and that he would match a Telshe student’s Torah knowledge against anyone else’s!

(In essence his comments suggested that secular studies have value to Yeshiva students even if they eventually stayed in Torah study full time. It would not hurt them and perhaps even help them. This view is counter to the recent tendency of some Yeshivas to reduce or completely eliminate them.)

I also recall an Agudah Midwest convention where Rav Levin said he was educated in a Detroit public school (through 7th grade, if I remember correctly). There were no day schools in Detroit at that time. It was only after that that he attended a Yeshiva . Although I am absolutely sure that he would not have recommended any child doing that now, there is not a doubt in my mind that he was not hurt by that. It might have even helped shape his views on the value of secular studies.

Another incident I recall (also at a Torah U’Mesroah convention I believe) was when someone spoke about the need to create ever more elitist schools for exceptional students that would not admit any students with little or no background.

Rav Levin would have none of that. He pointed to several people in that room – all of them among the cream of Mechanchim present there. And he said – if that were the policy when they attended school, they wouldn’t even be religious today. Elitism is not the answer to becoming an exceptional Torah scholar. He instead insisted that all students should be mainstreamed and not separated from the better students.

I attended Telshe Cleveland when Snif Chicago was founded. (I was there for my first 2 years of high school.) It was during that time that the great Telshe Rosh Hayeshiva, Rav Motel Katz saw the need in Chicago for a classical European type Yeshiva and sent 3 of his top students there to start one. Rav Chaim Dov Keller, Rav Chaim Schmeltzer and Rav Levin – who was to act as the head. They started with 6 students. And now they are even more successful than the main branch in Cleveland.

A word about Rebbetzin Esther Levin Rav Levin’s wife. She is a Gadol (Gedolah?) in her own right. A permanent fixture and beloved Morah (teacher) for decades at Arie Crown Hebrew Day School. She is as sharp as ever – beloved by students, teachers, and parents as much if not more than her co-teachers many years her junior. Some of whom were her students at Arie Crown many years ago. Including my own daughter who teaches girls in the same grade (5th) as Rebbezin Levine does.

No one even notices her age. And if you didn’t know that she was the wife of the Rosh HaYeshiva, you would never suspect it. She just considers herself one of the faculty – loving what she does. My heart goes out to this remarkable woman and am so very sad for her personal loss.

I am not a Telzer. I have a different Hashkafa. But I admired the Telzer Rosh HaYeshiva no less. He was a true Gadol. An idealist that would not compromise his principles for the sake of the current spirit of the times in the Yeshiva world. He did not care about his ‘shtelle’. He was all about Emes as he saw it. I do not believe anyone will come close to filling his shoes. He was irreplaceable. And I will miss him.

For those able to make it, the funeral will be here in Chicago in Telshe Yeshiva at 4:00 PM CST. Baruch Dayan HaEmes! 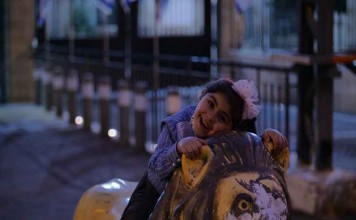 A Kafkaeque Affair In Samaria 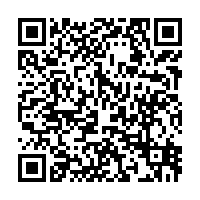