3,070 Ultra-Orthodox (Haredi) Israelis enlisted in the IDF in 2017 – the highest ever in the history of the state. The figure represents roughly a third of the 9,700 18 year-old Ultra-Orthodox Israelis slated for military service.

In 2013, 1,972 Ultra-Orthodox Jews enlisted in the IDF, and the figure has been growing gradually with each passing year. Furthermore, the spike in enlistment among the Ultra-Orthodox has lead to Jerusalem being the city from which the highest number of soldiers enlisted in 2017, beating out Tel Aviv – the traditional record holder.

While the uptick in enlistment may represent a drastic change in certain sects of Ultra-Orthodox society’s attitude towards military service, the vast majority remains widely opposed to any kind of mandatory service.

On Wednesday evening, roughly 500 members of the more extreme Ultra-Orthodox sects staged a protest in Jerusalem against the coming draft laws, which are expected to be promoted in the Knesset in the coming weeks. The protesters blocked both roads and train tracks before police forces responded with crowd control methods. 30 protesters were arrested.

A preliminary reading of the new draft legislation passed in the Knesset in July, causing a rift with the Coalition’s Ultra-Orthodox parties, which lead to a postponement of the law to December.

The measure calls for Haredi yeshivot to meet annual enlistment quotas, and for those quotas to increase annually for ten years. Yeshivot that fail, or refuse, to meet the quotas will suffer reductions in government funding. The proposal calls for 3,000 yeshiva students to be drafted and 600 will agree to perform civilian national service in the first stage, which will last two years. After that, yeshivot that fail to hit a 95 percent target will face additional economic sanctions. 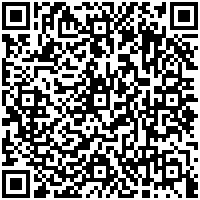