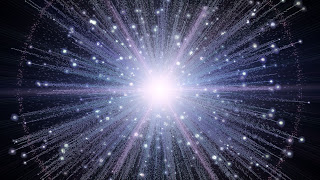 I am always reluctant to discuss these issues because it brings all the skeptics out of the woodwork to challenge what I wrote. And as I have said numerous times, I am not interested in allowing that kind of debate on my blog. The underlying assumption here is that God exists and that His Torah is true. Everything else flows from that. Those who wish to challenge belief can do so elsewhere. There are plenty of skeptic blogs on line for those that wish to have that debate.

I know it’s not fair. I know I will be accused of only allowing one side of the argument. Guilty as charged. But this blog is not a democracy. It is a dictatorship. One of my goals is to promote belief (as the name of this blog suggests) not skepticism. I will therefore delete any comments I find along those lines.


I had some thoughts on the subject recently that I want to share – based in part on my studies of philosophy with Dr. Eliezer Berkovits way back when I was a student at HTC in the late 60s.

I am always amazed at the claim by atheists and skeptics that there is no need for a Creator. How did the universe and nature get here? Well, they say it was always there. What about the highly unlikely eventuality of world full of complex creatures with complex organs? The odds of that happening randomly are beyond astronomical!

They will answer that no matter how unlikely it was – and despite the fact that the chance that this universe in all its myriad complexities would happen is but one of an almost infinite number of possibilities… it was still possible and it did.  What about God putting it all here? Not necessary, they say. God cannot be detected in the material world and therefore should not be presumed to exist. How did the universe – all matter and energy – get here? They will just say it was always here. The universe as it exists today can be explained by using random natural selection. Thus they believe that they have obviated the need to believe in God.

The idea of matter being infinite (always having existed) is just as impossible to understand as the idea of an infinite Creator that is beyond scientific detection in the physical world.

Besides, they will then challenge that idea of a Creator by asking ‘Who created God?’ – ad infinitum. Thus believing they have refuted the ‘first cause’ premise. They somehow do not understand the concept of ‘First cause’. By definition, the ‘creation buck’ stops there! The Creator needs no creator because He has always existed. Difficult if not impossible to understand but no less so than saying the universe has always existed.

For me there is no intellectual satisfaction in believing in the idea that matter has always existed over believing that it did not, but was ‘put there’ by a Creator.

How we got from the ‘Big Bang’ of creation that happened about 15 billion years ago to the point where we have a variety of biological species – then becomes a matter of detail that does not contradict God’s ‘hand’ in it. This is where evolution and science comes in.

There is no contradiction between scientific theories of evolution and the existence of God who created the universe. Scientific inquiry and study can perhaps determine ‘what’ happened – and when it happened along evolutionary time. But it cannot determine ‘how’ it happened.

To say it was random natural selection no matter how unlikely – is just a guess based on the desire to eliminate any metaphysical explanations.

Intelligent design is far more likely scenario and  for me – a far more acceptable notion. It does not contradict science or Torah. Just because we can’t conclusively prove the existence of a Spiritual Being doesn’t mean He doesn’t exist. 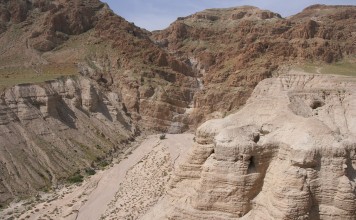 God Commanded Abraham to Leave. Was he Talking to Us? – Israel Unplugged [audio] 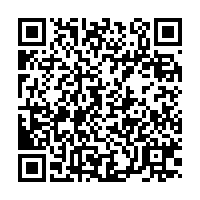