Some time ago, a prominent Charedi Rav in Chicago made the following offer to members of his Shul. Although not a verbatim quote (I don’t recall his exact words) this is essentially was he said, “If you get rid of the internet, I’ll buy you each a television”. He felt that the internet was so bad that he would even be willing to replace it with the ‘forbidden’ TV  if his members would give it up.

If anything was a symbol to the Charedi world of all that is evil American culture – it is television. Which is understandable for a society that seeks to insulate itself from that culture. A TV will bring that culture right into your living-room on a daily basis which undermines that goal. And yet he considered the internet so bad that he was willing to offer a TV in exchange for it.

Now I doubt that he actually meant it. He was just making a point. And in one sense he’s right. I am not talking about the ease with which pornography can be accessed in on a smartphone. That in and of itself is reason enough to have apprehension about owing one. I am talking about exposure to ideas that will challenge your faith.

One need not go any further than this blog’s comment section to see how many formerly Orthodox Jews  are now skeptics and atheists. It’s true that they may have become this way without exposure to these websites. But there is not a doubt in my mind that these challenges now so easily accessible is a major contributor and accelerant in this regard. People that might have a serious question about matters of their faith will quickly find answers that will make so much sense to them, it will disabuse them of their formerly sincerely held beliefs.

It takes a strong commitment based years of deep study of one’s essential beliefs; an understanding of the philosophical underpinnings of your beliefs to successfully navigate these areas and remain with your original faith intact. That is what enables many of us that encounter websites like these while maintaining our beliefs. But that is not true in the Charedi world where Torah study consists almost exclusively of studying Gemarah and its many commentaries, none of which deal with the kind of Jewish thought and philosophy that prepares one for such encounters.

I have always maintained (and still do) that the internet is too valuable a tool (increasingly so) to simply discard it in all its many forms. It is becoming virtually impossible to survive without it in the 21st century. I need not go into details since I’m sure anyone reading this already knows that. The advantages are so numerous – they could fill a book. The Charedi argument that one can get along without it is being quickly discarded by many of its members. It reminds me of what R’ Yitzcok Zev Solovetichik, said to a young Avreich back in the early 50s when he was asked whether to spend any of his meager funds on a telephone. R’ Yitzchok Zev supposedly answered, ‘What do you need a telephone for’?

Well, perhaps in his day, one could live without it. But imagine living without one today?  This is what is happening with the internet only at a much more rapid pace. All the banning, haranguing,  and Asifos in the world… won’t change that. Even if all the Gedolim, Chasidic Rebbes, or Sephardic leaders say that you will lose your Olam Habah if you are on the internet and threaten that your children will not be accepted into their schools – they cannot stem the tide. People that otherwise listen to rabbinic leaders like this are ignoring them in this matter like never before. 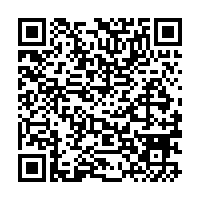