What do Neo-Nazis and Orthodox Jews have in common? One might be startled at this question. How in heaven’s name can these two groups have anything in common with the former wishing to annihilate the latter?!


And yet they have in common agreement on one of the most consequential decisions in my lifetime. A decision to be made in just a few days. Both groups enthusiastically support the re-election of the President for another 4 year term.

That is pretty astonishing if you think about it. Not in a good way.

How is that possible, one may ask? I think we need to examine what it is about the President that attracts both of these polar opposite groups.

While his words and demeanor hand have been the opposite of our ideals, for Orthodox Jews the President’s policies have been more supportive of them than any other President in American history.

*Moving the US Embassy in Israel from Tel Aviv to Jerusalem

*If one was born in Jerusalem – passports can say Jerusalem, Israel  as the place of birth.

*Making peace between Israel and 3 Muslim countries, (Bahrain, the UAE, and Sudan) with Saudi Arabia not far behind. (The significance of that is that they dropped their demands to first make peace with Palestinians.)

*The unprecedented level of support of Israel in the UN via Ambassador Nikky Haley.

*His cancelation of the Iran nuclear deal that freed up billions of dollars to them which aided and abetted their policy of spreading terror throughout the Middle East. Mostly against Israel through their Hamas surrogates in Gaza and Hezbollah surrogates in Lebanon.  By reinstating economic sanctions they have once again brought Iran to their knees. What about their return to enriching uranium towards their  goal of  a nuclear weapon? That was going to happen anyway in about six years. Meanwhile because of the reinstated sanctions they are struggling with an economy in freefall!

*Support for school choice via a voucher system – which would benefit tuition paying parents immensely.

*The appointment of an Orthodox Jew as the US ambassador to Israel.

*Commuting the sentence of Shalom Rubashkin to time served.

The significance of that last one cannot be understated. No mater how one feels about Rubashkin, the fact that the President freed an obviously Orthodox Jew from a draconian prison sentence. Which according to a variety of legal scholars and public officials across party lines believed was excessive.

The first is that unlike his predecessors that ignored that injustice and did nothing, the current President acted upon it. It isn’t possible that there are no other people that are suffering unjust prison sentences. They are still languishing in prison.  That he freed Rubashkin shows that in his heart he is a true friend of Orthodox Jews. He did not do it for our vote. We are such a minuscule percentage of the electorate that it doesn’t really matter how we vote in terms of the election outcome.

The second things is that it gives lie to the charge that his pro Israel policy has nothing to do with us. It it is intended for Evangelical Christians who seem to care more about Israel that we do. Most Evangelical Christians have never heard of Rubashkin. It is highly unlikely that the President freed Rubashkin to please them.

For all of these reasons and more it is easy to understand why the President enjoys so much support among Orthodox Jews. And why they are willing to overlook his ugly rhetoric and other disgusting aspects of his Presidency.

If the President is such a Judeophile, how can Neo Nazis and other antisemitic, racist, white supremacist groups support him so enthusiastically?!

That’s because the President’s dog whistles them. He wants their support. He needs every vote he can get. So he is very careful to minimize any criticism of these groups and occasionally say things that can be taken as supportive of them. He can deny that all he wants. He wants their vote. And he is going to get it.

In my view these Presidential dog whistles speak to his character – or better put – lack of it! If the man had any kind of conscience he wouldn’t be sending these kinds of messages to them. He would instead fully and publicly condemn them at every opportunity in unambiguous ways. Unfortunately, as many of his former employees have testified, for the President, it’s all about winning at any cost.

That the President of the United States gives these monsters any kind of positive message is one of the lowest things I can imagine any President doing. It is beyond disgusting. And that just scratches the surfaces of his many character flaws. There are too many to count. Anyone of us that is not blinded by the all of the above mentioned positive policies can see them on display almost every time he opens his mouth.

(And none of this even addresses his mishandling of the pandemic. Which is probably the number one issue right now. Infections are at record levels. Making it pretty easy to blame him for that. But as I have mentioned before, I doubt the situation would be any different if Biden would have been in charge – despite his claims (and  inferences by the media) to the contrary.

That was made evident by the surge of COVID cases taking place in Europe. Which is so severe that both France and the UK are under complete lockdown again.  The President’s ineptitude in the US had nothing to do with that.)

Should a man like this occupy the highest office in the land? No matter how much our own parochial interests are served by his policies – should we vote for him?

The answer to that question is I don’t know. As a religious Jew, I cannot see supporting a man that has as many serious flaws as the current occupant does. What does it say about us if we vote for such an individual?! On the other hand there are those polices… which will surely go away if his opponent is elected.

The truth is that Biden’s character is not all that pristine either. His 47 years in the senate has had its share of ethical compromise.

Just to mention one such incident was his plagiarizing a speech he heard by Neil Kinnock, a British candidate for office. Biden heard it. Liked it, and used his words in a speech about himself during a run for the Presidency back in the 70s. He also plagiarized language used by RFK without attributing it to him. After he was caught, he tried to wriggle out of it by saying he forgot to attribute it to them. But it was clear from his presentation that he never had any intention of doing that. It was a deception from the start. That caused him to withdraw from the election back then.

And yet compared to the present occupant of the Oval Office, Biden is a paragon of virtue despite that ethical lapse. And the truth is that he will surely restore the dignity to the Presidency it derives – and had until the current occupant took over.

As for what a Biden White House will look like, I fear that it will make the Obama Presidency look conservative by comparison. Not that Biden is that liberal by nature. He is not. But his party has undeniably moved to the left. Which can in part be attributed to the President who has succeeded in dividing the country in unprecedented ways. Pushing Democrats much further to the left than they have ever been. This is why Biden sounds far more liberal than he has in the past. And why he chose a Vice-Presidential candidate rated the most liberal in the senate!

Even though Biden will support Israel, that support will now be a lot more conditional than it is now. The terms ‘settlements’ and ‘occupied territory’ will once again be part of the Middle East lexicon. Both of which of course makes Jerusalem and even the Kotel occupied territory.

He is also opposed to school choice.

And may very well ‘pack the court’ by adding more justices to it – returning the Supreme Court to where it was before the current President took over. Which was not particularly favorable to religious people.

That said, I don’t think issues that affect Orthodox Jews will be any worse than they were when he was Vice President under Obama. But it sure will be sad to lose all the positive things mentioned above.

The question remains, who should we vote for? The answer is I don’t know. For me the arguments for and against either candidate cancel each other out. I have actually toyed with the idea of sitting this one out. Or voting for a write-in.

No endorsement this time.

I realize that this pleases no one. The two sides cannot be more divided. The best advice I can offer is to weigh all of these factors as well as many others and vote one’s conscience.

Good luck on Tuesday. We are going to need it no matter who wins! 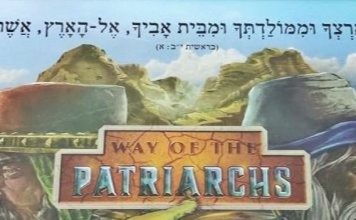 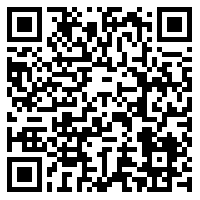