Early in Hillary Clinton’s tenure as Secretary of State, I recall her reaction to a question about some foreign policy matter. But instead of asking her view of it, she was asked what her husband, former President Bill Clinton would have said about it.  She became visibly upset said something like ‘I’m the Secretary of State, not my husband’.

It was at that moment that I understood Mrs. Clinton. She is more concerned about her honor than answering a legitimate question from a man who had not the insignificant position of President of the United States. It was not an unreasonable question to ask a woman married to that man – even if  it was she who was then Secretary of state.

It is also pretty clear to me that Mrs. Clinton is all about her sense of self importance and feminism. She wants to be the first woman to be President more than she wants to be President. This is the impression I get from many of her speeches and interviews. Somewhere along the way she will say something along feminist lines. I don’t know if she is simply pandering to the female vote, or she is just so self centered that she will say anything to get elected.

I saw it again in a recently released e-mail of hers. From the Forward:

In one of the emails released on Thursday, from May 2011, Clinton complains about being airbrushed from an official White House photo, for use in a New York-based Yiddish language Hasidic newspaper, the VosIzNeias news website reported. Some Hasdic and haredi Orthodox newspapers have a policy of not publishing photos of women, citing modesty concerns.  In an email with the subject line “Unbelievable” Clinton wrote: “The Jerusalem Post reported today that a NY Hasidic paper Der Zeitung published the sit room photo w/o me (or Audrey T) photoshopped out perhaps because no woman should be in such a place of power or that I am dressed immodestly!!”

Once again, she put this into a feminist perspective. For Mrs. Clinton it was about someone denying a woman a position of power. She was clearly not ‘immodestly dressed’.

In my view forwarding a feminist agenda is not a legitimate reason to run for the highest office in the land – the most powerful position on earth. If one runs for that job, or any job for that matter, it ought to be for the right reasons. Which in this case is serving the American people, not becoming the first feminist President.

This is not to say that she is not smart enough or knowledgeable enough to be President. Politics aside she is as qualified as anyone else running on that score. In some case more so than others. But I happen to believe that her motives disqualify her. The highest office in the land should go to someone (whether a man or a woman) seeking it for the right reasons. Not for some personal agenda.

That said, There is another issue that this recent e-mail underscores. It shows just how stupid it is to photo-shop women out of  official White House photographs – as did Der Zeitung, a Yiddish language Chasidic newspaper. I understand their motive. It is based on an extreme interpretation of modesty as it applies to women. They believe that a photograph of any woman is immodest. No matter how she is dressed. Any man looking at a picture of any woman may have illicit sexual thoughts about them.

This is an extreme standard that very few Orthodox Jews observe. Even most Charedi Jews. And yet it is increasingly becoming the standard operating procedure in even moderate Charedi publications. One will not see pictures of women in any of them.

I assume they have that policy in order to appeal to the widest cross section of Orthodox Jewry.On the surface there is nothing wrong with that.Why not cater to as many people as you can? Except of course that it is insulting to the vast majority of even Charedi women to make them completely invisible. As has been mentioned here (and elsewhere) before it can actually hurt people trying (for example) to compete in advertising their wares if some people are forbidden to have a picture of themselves in an ad while other are permitted. Nor does it help the self esteem of young girls to be think they are to be as invisible in society as possible.

In my view anyone who refuses to publish perfectly Tzanua pictures of women are mistaken. This is a chumra taken to a damaging excess. Even if one will say that communities should be allowed to observe whatever standards they choose and raise their children that way, it should never e done at the expense of insulting our national leaders. Of which the Secretary of State is a most prominent one.

That Der Zietung had no clue that erasing the Secretary of State from an iconic official photograph would be insulting speaks to their lack of understanding about how the wider world in which they live works. Did they think it would just go unnoticed? Did they think the people involved would understand about their modesty standards? Mrs. Clinton may have over-reacted. But it was still insulting – overreaction or not. Even with all their insularity, how could they not see that?

That they have such extreme modesty standards is their right even though most of the rest of us think it is foolish and even harmful to themselves. But then they should have never published that picture at all. Why did they publish a photo-shopped version of it? They obviously know that one picture is worth a 1000 words.

They did apologize. But that doesn’t take away the impression they left which – true or not – is that the more religious one is, the more misogynistic. And that their extreme versions of modesty is far more important to them than respecting one’s national leadership enough not to photo-shop them out of a picture.

So what’s the takeaway here? For me there are 2 things. One is that Mrs. Clinton’s bid to be President is agenda based – valuing her own honor above all else. The other is that – rights aside – extremist views of modesty ought to be abandoned since in my view they do more harm than good. 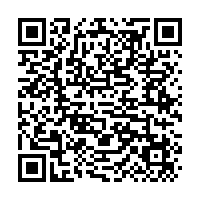