The attempt of an Arab youth to stab plainclothes policemen in Shuafat in northern Jerusalem was thwarted Monday afternoon. Following a report of Arabs throwing rocks at the light rail, Jerusalem police detectives arrived at the nearby refugee camp and began searching for the culprits. An 18-year-old man approached them holding a knife. The detectives identified themselves and ordered him to stop. He tried to escape, but they stopped him and transferred him to an interrogation. No one was hurt. 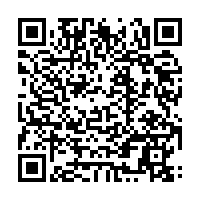