Last Friday night, the TV series Blue Bloods had a Hasidic themed episode. A segment of that episode that was filmed in Boro Park by an onlooker was uploaded to YouTube.

Now that I’ve seen the actual episode, (…it can be viewed online) I can comment on it. The storyline involved the death of a Hasidic Rebbe in what looked like Williamsburg. He knew he was dying and had to choose which one of his two sons would inherit his Hasidic dynasty (shades of Satmar.)


The rest of the plot involved the highly unlikely circumstance where one of the two brothers was murdered… a brother that had an affair with a non Jewish woman. (Although it is not unheard of that a Jewish religious leader has ended up committing adultery even on a biblical level). As police dramas go it ended up as a who done it… where in the end we find out who the perpetrator was.

But the storyline and plot are not the issue of this post. What is at issue for me is how Jews and Judaism are portrayed in Hollywood. There have been many such portrayals in the past. Most of them inaccurate… often making us look like people of great faith but nonetheless fools that reject the far better ways of a modern and enlightened society. Thus living archaic and unnecessarily primitive lives. Especially Hasidim. The portrayal of the rabbi as a doddering old fool in Fiddler on the Roof comes to mind.

But in recent portrayals the image has been improving and is much more accurate. That was the case here. Leaving out the ridiculous storyline – I could not really find fault with the behavior as depicted on the screen. Which was not all that flattering.

The Hasidic Rebbe was portrayed with great reverence and sensitivity. But the depiction of some of his Hasidim reflected the reality of how many of them relate to non Jews. Especially the police. It is to the credit of the writers that the lead characters in the show did not end up hating Jews… and realized that every society has its problems as well as people with bad attitudes.

As an aside it is also interesting to note that Hollywood now realizes that Hasidim are not representative of all observant Jewry. They are just one segment of us. That too is an improvement over the past where religious Jews did not get broken down into varying different types. The religious Jew as Hollywood saw him was a kind of conglomeration of all religious Jews rolled into one. Modern Orthodox Jews were not on Hollywood’s radar until relatively recently. Thank you Joe Lieberman, Michael Mukasey, and Jack Lew.

Which brings me to an article in the Jerusalem Post by Rabbi Shumley Boteach. I do not always agree with him on the issues. In fact sometimes I find him to be an outrageous self promoter. Other times I find him just plain embarrassing. But at the same time I find that he often he makes a lot of sense. In most of this article, that was the case.

His point was one that I make quite often here: That as a people we have been falling far short of the Torah’s mandate to be an Or LaGoyim – a light unto the nations.

Rabbi Boteach considers catastrophic the notion that Jews are no more moral than anyone else. I think that the depiction of Hasidim on that show demonstrates this point. They are made to look and act like anyone else. With the same prejudices and lack of ethics. The only difference between them and the rest of society being their clothing, long beards, and claims of piety. It isn’t that hard to understand why that is the case. But rather than paraphrasing let me quote what he said… words that I have said many times myself in various different contexts:

Simply put, if learning and honoring God’s will doesn’t make us better people, then most will choose to discard Judaism as an empty relic of a superstitious past. PICTURES OF five handcuffed New Jersey rabbis had already rocked the American Jewish establishment when the even more gory news of a double murder in a gay Tel Aviv community center gave Orthodoxy an even greater challenge.

Orthodox Judaism has reached a moment of truth. Many people no longer believe that Jewish learning and observance make you a better person. They no longer believe there is any correlation between keeping Shabbat and keeping honest, between wearing tzitzit and avoiding adultery, or between lighting Shabbat candles and seeing the light of God’s grace in every human being. And we Orthodox have no one but ourselves to blame. We are often “religious” without being spiritual, prayerful without being humble and ritually precise without displaying the same punctiliousness in business… Orthodoxy without morality and basic humanity is a religion without God. It is cold, harsh, an abomination.

This is so true. Nonetheless it is a truth too often ignored by far too many people who call themselves religious. I happen to believe, as does Shmuley, that most religious Jews are ethical and moral. That we do have our heads screwed on straight. That we do act in ways that reflect in ourselves the image of God. But there are too great a number of religious Jews who do not. And as I have always said, the fault is in how we educate our children. There is simply way too much emphasis on the minutia of Halacha and not enough emphasis on ethical and moral behavior. It is ethical and moral behavior that makes us a light unto the nations. Not wearing our Tztzis out. Or having a long beard. I don’t think I can say it any better than Shmuley does:

Our children must be taught not only the rituals that will make them good Jews, but the underlying values that will make them good people. Children in yeshiva should learn not only the correct blessing before eating an apple, but that the purpose of all such blessings is to instill gratitude. That when a boy with tzitzit and a yarmulke passes a soldier in uniform, he should thank him for protecting him and allowing them both to live openly with their faith. When our sons don yarmulkes, let us remind them that it’s not only a symbol of identity but a reminder of constant supervision. God is watching us at all times, even when the FBI is not – especially when the FBI is not. To that I say – Amen! 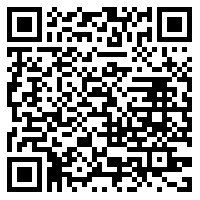