A lot has been made about the Pew Survey on American Jewry last year that showed a sharp population decline in all Jewish denominations – save for Orthodoxy.  The question remains, Why is that the case? There are a lot of pundits out there from all denominations weighing in on the matter. But most of the talk is about why the decline. Which clearly boils down to assimilation and intermarriage. But to the best of my knowledge, there has been little discussion about the exception to the overall decline – Orthodoxy.  In my view the reason for Orthodox growth in America is clear: Jewish education.

Despite its many shortcomings and its various incarnations – many of which trouble me – there is not a doubt in my mind that Jewish education is the key to – not only Jewish survival, but to Jewish growth. I realize that there are many other factors contributing to that. But Jewish education is the key. Without it, there would be little Orthodoxy to speak of – and it would certainly be in major decline. At probably a greater rate than the other denominations


This is corroborated by the just released new census of Jewish day schools authored by Marvin Schick and published by the Avi Chai Foundation. A cursory look at it will show some very revealing statistics.

There are currently 255,000 students enrolled in ‘four-year old level through 12th grade in Jewish elementary and secondary schools in the 2013-14 school year’.  This is across the all denominations. That is an increase of 27,000 students since the last census was taken 5 years ago. Almost all of that increase is took place in the Charedi schools – primarily in the Chasidic sector. The trend has been upward since 1998-99 which projects to further increases of this magnitude in the future.

Despite the overall increase in students, there has been a significant decline in Reform, Conservative (Solomon Schechter), and non denominational ‘Community’ schools. They comprise 13% of all day school enrollment – down 20% since 1998. Reform schools are 1.5% of the total. Solomon Schechter schools have been reduced to 39 schools from 63 in 1998. That corresponds to an increase in Orthodox school during the same period from 676 to 861.

All of the increase took place in the Orthodox schools. Considering the decline in the numbers of the other denominations, this means that the overall increase in the actual number of Orthodox students in the last 5 years is even greater than 27,000 overall increase.

Orthodoxy as we all know has its own divisions. The survey breaks them down in the following way: Modern Orthodox, Centrist Orthodox, Yeshiva World, Chasidic and Chabad. In addition, there are Immigrant/Outreach.

This is where it gets interesting for me.  As noted – almost all of the increase is in the Charedi schools – primarily the Chasidic ones. Population size in the Modern Orthodox schools has remained the same since 1998. Centrist schools actually experienced a modest decline during this period. By contrast the Charedi Yeshiva world schools had a 60% increase. The Chasidic schools – a 110% increase! Chabad too had a significant increase from 44 schools in 1998 to 80 schools in 2013.

Geographically New York and New Jersey contain the lion’s share of all students with a population of 190,000 or 75% of the total. The rest are divided among 37 states and the District of Columbia. Most of which are in student population decline. California, Florida, George, Maryland, Michigan and Texas are the exceptions. They have remained stable.  New York and New Jersey on the other hand have exploded! Not surprisingly, New Jersey’s growth took place almost exclusively in Lakewood – increasing from 5,300 to 23,600 since 1998. 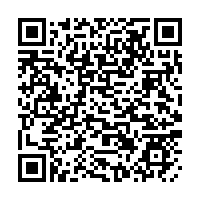