{Originally posted to author’s site, Emes Ve-Emunah} There is a famous line in the movie, Godfather III uttered by fictional Mafia Boss, Michael Corleone. Desperately wanting to turn his illegal empire legit and suddenly yet again unable to – he says, ‘Just when I thought I was out… they pull me back in’. This is kind of how I feel about a subject that many feel I have dealt with ad nauseum. I can understand that feeling and I would prefer not talking about it – if it weren’t so important. Not only to me, but to Klal Yisroel. But I would be remiss if I didn’t comment on a new survey reported about the financial condition of Charedim in Israel.

Once again, I have to give credit to the Charedi Magazine, Mishpacha. They do not shy away from the truth. Nor do they make excuses about it when it is unflattering. It is a truth that is literally devastating.


Mishpacha journalist, Binyamin Rose asks the question I and many others have asked, “How do Chareidim survive financially?” That question looms larger than ever in Israel even if Charedi politicians are able to restore the budget cuts that so deeply affected them.

The reason it looms so large is obvious to anyone paying the slightest bit of attention. But even if nobody has paid any attention at all, it is also answered by another question Rose asks at the very beginning of the article, “How can a family survive when they are spending $800 more per month than they earn?”

That’s right. You read that correctly. The average Charedi family in Israel overspends their income by $800 every month! This is not speculation. Nor is an anecdotal report by someone that sees his neighbors living like that. It is a hard statistic compiled by the respected Taub Center for Social Policy Studies in Israel. While the Taub Center reports that every Israeli overspends their income by $200 – Charedim exceed it by 4 times that amount!

Additionally 58% of Israel’s Charedim are in the lowest income bracket. That is a rather sizable increase over the percentage in 1992 of 44%.

Making matters worse is the little known fact that Charedim actually receive more from government or private sources than other Israelis that comprise the poorest 20% of the population.

Why are Charedim struggling so? Let us look at some more statistics. In 1979, about 85% of Charedi men (35 -54) were working. That percentage plummeted to half in the next generation. While it is increasing a bit, the percentage of working Charedi men is barely above 50%.

How do they in fact get by? They live in constant debt. Gemachim (interest free loan societies) give them what I would call ‘permanent loans’. What I mean is that there are many Gemachim from, which a family will borrow. And then borrow from another Gemach to pay off their debt from the Gemach they first borrowed from . They also take whatever they can get through Israel’s welfare system. And charity from abroad. But you can’t keep spending $800 dollars over your income every single month. There is not enough charity to cover that kind of monthly increase. Those Gemachim certainly can’t cover it.

Taub senior researcher, Dr. Noam Gruber talks about Israel’s ‘Shadow Economy’. This is the black market that does business ‘under the table’ and avoids paying taxes. It accounts for an estimated 20% of Israel’s Gross Domestic Product (GDP). Which shortchanges the government to the tune of about 80 billion New Israeli Shekels (NIS) per year. The Gemachim are also a big part of this shadow economy. The Taub report cited two major investigations that broke two money laundering rings involving Gemachim. 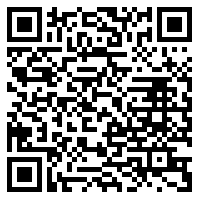