According to the polls and pundits, Tsipi Livni will probably have an encore, repeat of previous election results. She’ll be part of the top vote-getting party, but will be left out of the ruling coalition.

According to the poll, the Herzog-Livni list would receive 23 mandates, while the Likud would receive 21 mandates. Nafatli Bennett’s Bayit Yehudi would come in with the third most votes, according to the survey, with 16 mandates. Yair Lapid’s party, which had fallen to single digits in a number of recent polls, appears to have recovered some voters, with poll respondents giving the centrist party 11 mandates. Newly-minted party Kulanu, under the leadership of former Likud minister Moshe Kahlon, would receive 9 mandates, the poll found. (Jerusalem Post)

The daily deluge of polls for the March 17 Knesset elections continue on Tuesday, with a Channel 10 poll showing the joint Labor-Hatnua list and Likud still neck and neck, with Labor just slightly ahead. The poll gives Labor 22 mandates and Likud 21. Jewish Home would get 17, and Yesh Atid gets ten mandates according to the findings. Former Likud minister Moshe Kahlon’s new Kulanu party and Yisrael Beytenu each get nine seats, and the hareidi United Torah Judaism would get seven. Radical leftist Meretz and the United Arab List each get six, while the Arab communist Hadash party would get five. The results may be rendered not relevant as United Arab List, Hadash together with Balad are apparently in the final stages of forming a joint Arab list… In the same poll, respondents were asked who is most fitting for the role of prime minister. Current Prime Minister Binyamin Netanyahu was preferred by 38%, whereas Labor head Yitzhak Herzog was preferred by 32%. In terms of who would best deal with the security threats on Israel, 30% said Netanyahu would be most appropriate, whereas 22% preferred Yisrael Beytenu head Avigdor Liberman and 21% chose Herzog.

That so famously happened when Tsipi led Kadima. The Israeli political system provides a “test” for potential Prime Ministers in that they must prove their leadership savvy and skills by successfully crafting and negotiating a coalition of partners. This may be confusing for people new to Israel, because winning the most votes or Knesset seats isn’t the end of the electoral process here. It’s just the beginning.

The Israeli media is very Leftist and goes all out, all the time, to promote Left wing policies and politicians. That’s how they do well in Knesset Elections, but when it comes to forming a government, their leaders fail. The Israeli public is far to the Right of the media, and since Right wing politicians have to work much harder to get elected, they develop more political skills than the princes on the Left.

In recent years, the two most skillful politicians have been Binyamin Bibi Netanyahu and Ehud Olmert, who honed in his talents when on the Right of the political spectrum. Olmert has since been proven crooked as well as talented, and that leaves Bibi to lead the field. The Herzog-Livni team hasn’t much of a chance to head the Israeli Government. 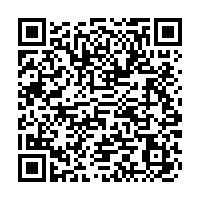