“Certainly, there is an absolute condemnation of any sort of college from most Gedolim.” That is how the cover article in last week’s Ami Magazine was punctuated.  That article was about the dangers to one’s spiritual health of attending college.

Ironically the article itself was very fair about the issue.  Various rabbis who are either directly or indirectly involved with colleges and universities that have significant Orthodox Jewish populations were interviewed.  There was not a single comment indicative of any Issur on attending college.  Instead it seems to be a generally fair analysis of the situation as it exists without any real comment – pro or con about attending college (with the obvious exception of that statement in there final paragraph).


As to the substance of that article – there seemed to be a consensus that there are differences between colleges and universities with respect to retaining observance by Orthodox students.  As secular colleges go, commuter colleges are the way to go.  A commuter college like Brooklyn College that has a large percentage of Orthodox students is considered the safest type of college. Commuter colleges have no campus life to speak of.  Students attend classes and go home. Brooklyn College has the added advantage of having so many Orthodox Jews in attendance and being located in Flatbush -a very Orthodox Jewish neighborhood in Brooklyn.

If one opts for a university away from home that entails living in a dorm with its attendant a campus life – there too there are differences. Although generally speaking that is a very dangerous situation to put a child into, there are some notable exceptions. Among the best of them is the University of Pennsylvania (referred to as ‘ Penn’ by  most people ) which is an ivy league college.

Penn is considered a fairly safe environment for Orthodox students. Students there have an on campus Orthodox environment to live in.  It appears that very few students go OTD there. Somewhat surprisingly the article concludes that the best place to attend college is a place like Touro or Yeshiva University– where the Beis HaMedrash is never very far from the classroom.  I could not agree more with that.

The truth is that there was really very little of substance I disagreed with in that article. It is almost as if the Ami editorial staff didn’t believe in their own anti college hype. But that they just had to put in a condemnation of college in order to maintain their Charedi credentials.

But I have to challenge the very premise that most Gedolim condemn college. Do they? That statement flies in the face that Yeshivos like Ner Israel. Torah VoDaath, Chafetz Chaim, and Chaim Berlinhave a history of most of their students attending college with the help of the Yeshivos themselves. Those Yeshivos facilitate their students’ attendance by providing Yeshiva “credits” that can be used to fulfill some of the elective requirements.

But all that is beside the point I wish to make here. A sub-theme of this article is the question of Modern Orthodox dropouts. Left pretty much unsaid is the fact that the vast majority of Jewish university students are from Modern Orthodox homes. In my view there is a connection to the MO dropout problem and attending a college that has does not have any kind of Orthodox presence. Which brings me back to my post on that subject.

In that post Rabbi Steven Pruzansky quoted a shocking and yet unsubstantiated statistic. He claimed that 50% of the of MO high schools students go OTD within 2 years of their graduation. I understand and even agree with the point he was trying to make. But he was grossly in error in the way he tried to make it.

When someone quotes an outrageous statistic like that, he better be able to back it up. The fact that he just threw it out a number from a survey that he did not even see just to make his point actually undermines it. His point was lost – virtually buried by the strong criticism he received by using a questionable statistic to make it.

The fact that he used an unsubstantiated and shocking statistic does not mitigate the problem. As I said in my earlier post, all segments of Orthodox Judaism has OTD problems. And there are different reasons why members of each segment goes OTD although some reasons overlap. Point being that the problem exists in large numbers in all segments.

That said, the OTD problems that are specific to Modern Orthodoxy are real and should not be glossed over. Rabbi Pruznski’s point should not be overlooked just because of the foolish use of a questionable statistic.

I think it is safe to say that the 50% figure is ridiculously high. The real dropout rate is probably much lower. Does that mean we should ignore the problem? I don’t think so. We ought to not get hung up on statistics.

Unless someone actually believes that Modern Orthodoxy does not have an OTD problem at all, we ought to take what Rabbi Pruzansky’s suggests seriously. While his reasons are not the only ones or perhaps not even the primary ones – I do believe his observations are valid. I strongly believe that the  “Lite” factor a significant contributor to why a child will go OTD.

Rabbi Dovid Landesman who was a long time principal of an MO high school in Los Angeleshas noted that it isn’t so much that kids go Off the Derech. It is more that they were never ON the Derech in the first place! What does that mean? I think it means the lack of priority given to observant Judaism in the home by parents.

If  parents do not treat their Yiddishkeit as a priority their children won’t either. If a parent prioritizes things other than his Judaism, while keeping his observances in Judaism passive the child will very likely do the same thing. The only difference will be in what the child will value. It may not be what the parent values, but it may not be their Judaism either.

When a child like that goes off to an ‘away from home’ college with its attendant social subculture which is anathema to Judaism –  it is not all that unlikely that his observance will be willingly compromised if not altogether dropped by the social pressure there – with little if any guilt attached.

Let’s be honest. Although it exists in both communities, being Lite in one’s observance is more indigenous in a community that is immersed in the general culture than it is among one that isolates itself from it.

The fact that organizations like the OU and people like those rabbis interviewed for the Ami Article (e.g. Rabbis Steven Burg, Jonathan Shulman, David Felsenthal, and Reuven Boshneck) are actively involved in trying to create a religious environment on college campuses is indicative of that. These are “In-reach” rabbis, not “outreach” rabbis. They work hard and see their roles as essential for these students – who are mostly MO – to retain their observance.

That said – as I point out many times – there are always exceptions. There are kids form serious MO homes that go OTD and kids from Lite homes that become very committed to their Judaism. And the fact is that the Charedi world has their own OTD problems. As does the Chardal world in Israel as illustrated in Wednesday’s post.

But please let us not lose sight of the fact that there is a dropout problem in the MO world caused by problems which are unique to it. We ignore it at our own peril. 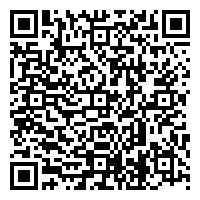