March 17th. That is the date scheduled by the Israeli Knesset for new elections. It saddens me to see Israel once again go through yet another election that will in the end very likely result in a governing coalition no better than what they have now. It may be different. But it will not be better. (It doesn’t really matter whether the right of center parties or the left of center parties are in power. Nothing seems to change with respect to Israel’s security… or its relationship with the United States.)

When a government constantly has to undergo new elections, it harms its ability to function efficiently. That’s why It always bothered me that Israel chose the parliamentary system democracy of the British who were given charge of (pre-Israel) Palestine by the League of Nations.


While the parliamentary system is democratic, there is little doubt in my mind about the superiority of the United States style democracy. The President is elected directly. We do not vote for a party. We vote for an individual. It is for a 4 year term and he is often re-elected for another 4 years. That usually means more stability and efficiency.

Contrast that with the parliamentary system, where the party is voted for, not the individual. The party with the majority of the votes is the ruling party. The party head – chosen by party members before the election – becomes the Prime Minister. The shelf life of this type of government seems to be about 2 years. That is hardly enough time to get anything accomplished.

It wouldn’t be quite so bad if Israel had a 2 party system. But there are so many parties in Israel that no party ever gets a majority. What then almost always happens is the party with the most votes tries to put together a coalition with other parties and obtain a governing majority that way. If and when they do, the head of that party becomes Prime Minister.

Anyone can see that this is a prescription for ultimate failure. Especially in Israel. There is an old joke about Jews and their opinions. When there are 2 Jews there will be at least 3 opinions. Not only is there disagreement between parties, there is disagreement within parties. This sometimes creates new parties that splinter off. Is it any wonder that coalitions never last? I’m surprised they last as long as they do. The latest coalition which is barely 2 years old was just disbanded as Prime Minister Netanyahu fired 2 of his ministers, Yair Lapid and Tzipi Livni – each form different coalition partners. They were fired because of irreconcilable differences on matters they feel are of vital importance.

Prime Minister Netanyahu had an unusual coalition this time around. For the first time in many years the Charedi parties were not asked to join the coalition. He opted to go with the parties that had the greater number of seats (determined by the number of votes they received). As a result, Yesh Atid with its 19 seats joined the coalition and Lapid became finance minister. Now he’s gone. The Prime Minister asserted that this time around he will form a coalition that is more in line with his right of center political views. He also said that he will be going back to his party’s original ties with the Charedi parties. 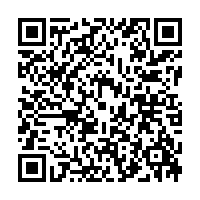