Prime Minister Benjamin Netanyahu and his ruling Likud party dissolved the current government, and Israel will be heading to early elections. Elections for the 20th Knesset will be held March 17th, 2015.

The ruling coalition had appeared shaky for the past few months, with friction over the 2015 budget and the Likud-proposed nationality law spilling into the news. Last ditch efforts to reconcile between Likud’s Benjamin Netanyahu and Yesh Atid’s Yair Lapid ended in failure.


Lapid’s Yesh Atid party and Tzipi Livni’s Hatnuah party, both center-left leaning parties in the Israeli spectrum, had announced they would not support the “nationality bill” that Netanyahu’s Likud party wanted to pass. Similarly, Netanyahu did not agree with Finance Minister Lapid’s proposed 2015 budget, nor with a law proposed by his party that would allow first time home buyers to purchase apartments without paying VAT (Value Added Tax, currently at 18%).

Prime Minister Netanyahu had been complaining publicly since the beginning of the week that the discord in the ruling coalition was making it too hard to govern effectively.

Had the coalition not been dissolved, the government would probably have fallen anyway. If a bill comes to vote and a Minister does not vote for it, they are able to be fired by the Prime Minister. It was expected that had the nationality bill come up for a vote, both Lapid and Livni would vote against it, and Netanyahu would have fired them then.

One of the side effects of going to early elections is that all budgets are frozen at 2014 levels of spending. Planned increases in educational and defense spending will not be implemented, potentially hurting military preparedness and the school system.

Labor Party leader and leader of the Opposition Isaac Herzog declared he believes he represents a viable alternative to Netanyahu, and hopes to be the one asked to form a government coalition by President Ruby Rivlin after the elections.

A poll conducted by Teleseker published on December 3rd suggested Herzog was being very optimistic. Labor was slated to win twelve seats, down from their current fifteen. Likud was predicted to grow to 23, from 18. Naftali Bennet’s Habayit Hayehudi showed a remarkable gain, gaining five more seats and growing from twelve to seventeen.

A new party to be formed by Moshe Kachlon is predicted by the same poll to get ten seats in the upcoming Knesset. Kachlon was the Minister of Communications when cell phone prices were radically slashed, and has embraced the subsequent reputation of being a proponent for lowering the cost of living in all market sectors. 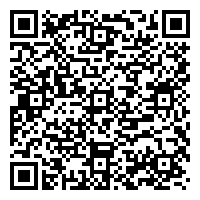