According to the Jewish Press Bloch reneged on a promise she made to them that would provide classrooms for the children of their constituencies. I fully understand why these politicians are upset. Their population keeps growing and so does the need for extra classrooms. When they don’t get what they were promised, which they consider a dire need, they cannot be blamed for not supporting Bloch’s agenda.

On the other hand, these politicians should not retaliate in ways that harm their city. Which they apparently did:

Out of a sense of responsibility for the future of the city and its residents I cannot allow further damage to the city by those who have authority but have no responsibility.”

“recently, on a number of occasions, you have chosen to act in a manner that is fatal to these targets, inflicting an injury that could harm the development of the city of Beit Shemesh. In light of all the above… (what) I have delegated to you will be revoked.”


One might say that the blame lies with Bloch for reneging on her promises. But I have to believe that it was never her intent to not fulfil them.  Polls show that the vast majority of students attending schools in Bet Shemesh are Charedi and growing rapidly. Their parents know how to vote. Disappointing that constituency is suicide for a politician. The only explanation is that she was unable to fulfill that promise. Not that she deliberately did so.

Be that as it may, this just sounds like politics as usual. The idea of uniting disparate factions for the greater good is a noble goal. But an impossible one to achieve, it seems. What is disappointing in this case is that the disparate constituencies are both observant!

What is also disappointing (but not surprising) is what another website reported about that city:

There is a new neighbourhood going up across the street of Mishkfayim and adjacent to Ramat Alef called Nevei Shamir or Ramat Hey. They decided to name the streets after Zionist Fighters who gave their very lives for the State of Israel and the Jewish people..(like) Hanah Szenes who… was arrested at the Hungarian border, imprisoned, tortured and executed.

The chareidie parties in the coalition fought tooth and nail against this… frightened that if they would have to G-d forbid say “Rechov Hana Szenes,”  named after someone murdered  77 years ago. What is bizarre is that the Chareidiem fighting this, do not plan to live anywhere close to Nevei Shamir…

There is a beautiful park in Alef called Ayalan Park. A couple of weeks ago, the “parks department” decided to build a basketball court for the kids to play..

Apartments in Israel are small, and being outside is the only option for teenagers not to go stir crazy…. Well the rabbis nixed it…. why? ‘because it will cause “Chillul Shabbos’

Having enough classrooms for the children of your constituency is important. Can’t really blame them for being upset and retaliating. I am only upset at how they retaliated.

But the idea of refusing to name streets after people that fought and died for your country so that its people can flourish – people that includes your constituency is abhorrent. As is opposing something as innocuous as a basketball court so that children can exercise in constructive ways. Is hanging out with nothing to do except get into trouble more appealing to them?!

Chlul Shabbos?! Are they kidding? Do they think that Charedim in America – so many of whom have basketball courts in their neighborhoods are Mechalel Shabbos because of them?!

That’s ridiculous! The temptation to be Mechalel Shabbos has nothing to do with basketball. There are plenty of OTD Charedi children that did not need basketball courts to entice them.

All these Charedi politicians have accomplished is to give their children more time to rebel by depriving them of constructive use of their time.

Aliza Bloch realizes this. It’s too bad the Charedi politicians in her government are too ignorant to understand that reality. 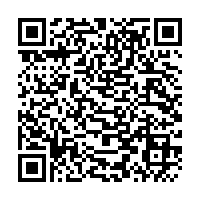