Having suffered a humiliating defeat at the hand of the Likud-led opposition with Tuesday morning’s tie vote on the PA Arab family reunification law, Prime Minister Naftali Bennett on Wednesday morning dealt a blow to his archnemesis, opposition chairman Benjamin Netanyahu in the form of the Split Law which could radically alter the outcome of the battle.

The Knesset plenum approved overnight Wednesday a bill that allows four MKs to split from their faction, even if they do not constitute one-third of said faction, as was the former rule. The immediate ramification is that instead of having to seduce and lure ten Likud MKs to jump ship and receive cushy jobs in his government, Bennett only has to convince four Likudniks to go towards the light. Seeing as life in the opposition can be harsh for the non-millionaire, rank and file Likud MKs, it shouldn’t be too difficult. Also, several Likud MKs, most notably former Shin Bet chief Avi Dichter, were deeply unhappy with having to kill the family reunification provision which Likud had helped pass every single year since 2003.

The defection bill was approved by a majority of 60 MKs, against 54 opponents. Somehow, the Joint Arab List MKs, who could have altered the results, were absent from the vote. The reason is that everybody and his cousin know that once Bennett succeeds in converting those four Likudniks, it would devalue the RA’AM party’s participation, and RA’AM, as every Arab child knows, is the archenemy of the Joint Arab List. If RA’AM loses its influence (a.ak.a. power to blackmail) over Bennett, Arab voters would stop being mesmerized by all the goodies uncle Mansour Abbas can bring home.

The right-wing opposition parties were irate and claimed that the Joint Arab List had previous agreements with the coalition regarding the Split the Likud law. A small riot ensued—nothing out of the ordinary for the 24th Knesset which has long since adapted the Dodge City rules of public civility—and MK Ofir Akunis demanded to see those agreements. Minister Zeev Elkin, who serves as the liaison between the government and the Knesset declared, “I don’t know of any agreement with the Joint Arab List.” To which Opposition Leader Netanyahu replied: “I’m not familiar with a situation where you say ‘I don’t know.’ It’s either yes or no.” Because he of all people should know this one. Anyway, Knesset Speaker Mickey Levy asked Elkin, “So the answer is no?” and Elkin responded: “I think the answer is no,” which was phrased to infuriate the other side.

MK David Bitan (Likud) declared in no uncertain terms throughout the debate on the new law that no Likud MK would use its provisions to defect. Which suggests that the veteran parliamentarian must be very worried. The 10-MK rule was a reliable wall against deserters; the 4-MK minimum not so much.

Also, Bitan should probably get ready for the fight of his life which would keep him away from monitoring the potential defectors in his party. The state prosecutor on Tuesday let it be known that Bitan is about to face a criminal indictment over accepting a bribe of NIS 715,000 (roughly $220,000) in seven different cases, as well as breach of trust, money laundering, and tax offenses in decisions he allegedly made with a conflict of interest, taking advantage of his status, connections, and influence in local and national government. 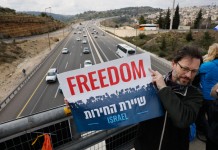