As I watch the current Kenesset taking form, I feel a bit nostalgic. The new governing coalition will perhaps be the most dysfunctional government in my memory. That’s because it is comprised of a coalition of parties whose self interests supersede the greater good. Each member of the coalition has their own agenda. That will be their priority.


As it pertains to observant Jewry, it is no secret by now that the religious parties’ agenda is to roll back all of the progress made in the last Keneset on behalf their constituency. Progress they saw as regress.  When I think about the values of the Charedi world in Israel today, I am reminded of what it was like for me growing up in the Orthodox world of the Midwest in the late 50s and 60s.

It was a time when the world of religious Jewry in America was simply not fanatic. I grew up at a time where being considered religious meant observing Shabbos and Kashrus. And Torah study was considered secondary to studying secular subjects with an eye towards eventually getting married, having a family, and making a decent living. The idea of a full time Kollel in in 1964, the year I graduated high school, was hardly a blip on anybody’s radar screen.

That is why Rabbi Dr. Bernard Revel created Yeshiva College (later to become Yeshiva University). He wanted to keep his top students in the Yeshiva and tried to build a school whose academics were on par with the best universities.

Yeshivos  like Torah VoDaath allowed – and perhaps even encouraged – their students to attend night college while they studied Torah during the day. Even as late as the late 60s/early 70s Chaim Berlin Rosh HaYeshiva, Rav Yitzchok Hutner guided his students into which courses they should take based on what he perceived their needs to be. 80% of the students in Chaim Berlin attended college at night with an eye towards getting a degree in the field of their choice so they could make a decent living for their future families.

R’ Aharon Kotler changed all that. He came from an era and a place where Torah study was seen as the most worthwhile endeavor a Jew could have. An endeavor that was so far ahead of any other pursuit, that those pursuits were completely avoided. Including preparing oneself via secular studies for a better material future.

To say that this was an unpopular concept back in 1943 when he founded Beth Medrash Gavoha (BMG)  in Lakewood would be an understatement of major proportion. R’ Aharon had to fight for every single student. Those he won over were mostly American kids with American values. He interviewed students wearing baseball caps. He opened his Yeshiva with 15 hard won students.

R’ Aharon Kotler did not only transplant the European Yeshiva of full time Torah study to these shores. He transplanted an entire value system that – over the 7 decades – has changed the face of observant Jewry from one of moderation and participation in the modern world to one of Chumra and avoidance of it.

Some of that was good. The truth is that there was a lot of laxity and ignorance in those days. That has steadily changed to better observance through knowledge. Important Halachos that were ignored out of ignorance are today observed by virtually all Orthodox Jews. Torah study was undervalued in those days. R’ Kotler made it valuable.

His Yeshiva has grown from 15 students then to well over 6000 now… and is still growing. There are now many Yeshivos with the values of BMG. Most students now do not go to college at night. Those that eventually do are by far proportionally fewer than was the case even as recently as 40 years ago. The attitude about secular studies has gone from seeing it as a priority to one of seeing it as a nuisance. The vast majority of Yeshivos are now Charedi. Most of those that have secular studies have substantially reduced the amount of time allotted to it. Their students have been indoctrinated in their elementary schools to not value it at all.

Two quick examples of that come to mind. One is an observation I made at 8th grade graduation ceremonies I have attended at a Charedi elementary school. The general studies principal of that day school is also a Rebbe there. He never speaks about the secular studies program over which he presides. He only speaks about his role as a Rebbe.

Another example of this is a conversation I had with a Rosh Yeshiva of a Charedi Yeshiva whose high school  happens to have an excellent  secular studies program. He told me that the students in his Yeshiva give no value to their secular studies. In a moment of candor he lamented this fact to me privately, saying they have no clue that there is a real world out here with which they will someday have to deal. And he could not understand why these otherwise great students had this attitude. Had he noticed what I did at those elementary school graduations ceremonies I attended he might know why.

What all this boils down to in 2015 is that the world of Orthodox Judaism has changed so radically that if a typical Orthodox Jew living in the 60s were transported to our world today. He wouldn’t recognize it.

While what I described was basically a Charedi phenomenon, it has permeated the Centrist world too. And in my view, in a most positive way.  We have become more knowledgeable in Halacha and thereby more observant. We now place a much higher value on Torah study than we did back then.

But we have not rejected the modern world nor neglected the education it provides. Nor have we abandoned our interaction with it. To a large extent, we have R’ Aharon Kotler to thank for our upgraded observance and better appreciation of Torah study. This of course does does not minimize the contributions of people like Rav Yoshe Ber and R’ Ahron Soloveichik. Or R’ Aharon Lichtenstein and R’ Hershel Shachter. They were and are the true builders of Centrist Orthodoxy.  But without R’ Aharon Kotler, I’m not sure we would have ever emerged from an Orthodoxy that was far more invested in general culture than it was in Judaism.

R’ Ahron Kotler’s contributions are  responsible for the current state of affairs of  Orthodoxy. The Charedi mindset is the most dominant one in it. They are by far the greatest in number. And they are by far the most likely to go into Jewish education. One will find many Charedi Mechanchim in Centrist type schools, But one will never find a Centrist Mechanech in a Charedi school. There aren’t enough of them around to even fully staff Centrist schools let alone Charedi schools.  And they would never be accepted there as teachers even of there were enough.

Which is one reason why I always say that the moderate ones among them are the wave of the future. Even if a vibrant Centrist community can exist simultaneously with them, the tide is against us as they out-populate us and continue to oversupply Jewish education with Mechanchim while Centrists under supply it.

I see the handwriting on the wall. And yes, I have nostalgia of a time gone by where Orthodoxy was more homogeneous. Where we all had pretty much the same values and goals. Where elementary schools (at least outside of New York) had all kinds of students. Coming from homes that were Chasidic, non Chasidic/Charedi,  Centrist, Modern, and even secular.  We all valued Mada right along with Torah. Secular culture was just fine if it didn’t clash with Halacha. And there was a lot less focus on appearances. We all dressed in the manner of the times with no identifying clothing. No white shirts or black hats. Yes, we have made tremendous progress in many areas. But it has come at a very high price. One which has divided us in far too many ways. I sure miss the days of my youth. 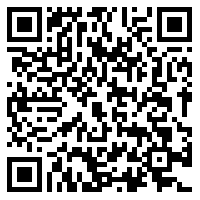