The Palestinian Authority has warned that “hundreds” of Islamic State (ISIS) terrorists are setting up bases in Gaza for attacks on the Sinai Peninsula, and at least one of four recent attacks in Saudi Arabia has been linked the fanatic Islamic group.

The Palestinian Authority said that eight Salafist groups have set up bases in Gaza, and that many of its recruits are former Hamas members, Reshet Bet (Voice of Israel) radio reported Sunday morning. Hamas denies that the ISIS poses a threat to stability of its regime and said “only” a few dozen Salafists, supporting the ISIS, are in Gaza.


Hamas arrested a senior Salafist terrorist last month as well as dozens of the group’s terrorists in recent weeks.

A group that itself as the ISIS stated on Friday it launched mortar shells are a Hamas base in central Gaza.

Each radical Muslim group is competing to be more monstrous than the other, and Hamas last week even destroyed a tent that was turned into a mosque that ISIS supporters used.

Egypt is vulnerable to terror in the Sinai and has suffered the loss of dozens of soldiers and policemen in recent months at the hands of terrorists. If the ISIS can gain a foothold in the Sinai, it will be on the doorstep of both Israel and Egypt.

In Saudi Arabia, unknown terrorists shot and killed a policeman last week, the fourth shooting incident in the past two months. Saudi authorities have admitted that at least one of the attacks was carried out by an ISIS-linked group.

Saudi Arabia has arrested nearly 100 ISIS suspects since last December, including a cell that plotted to attack the U.S. Embassy with a car bomb.

The kingdom has become a clearer target for the Islamic State since Saudi Arabia joined the American-led coalition’s war against the terrorist organization that has take control of large areas in Syria and Iraq.

Following is a Saudi news report on the murder of the policemen. 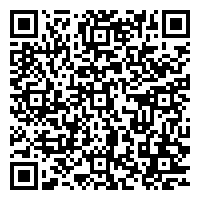