Whenever Jews are in the news in a major way (usually that involves Israel) I try and watch all 3 major broadcast network reports to see if there if there is any bias in their reporting.

The good news is that both CBS and NBC have done a pretty good job of reporting the news objectively. They focused on the suffering on both sides and – without saying so directly – seemed to show that fault for all this lies almost exclusively with Hamas.

Of the 3 networks, I think CBS had the most comprehensive and fair coverage of all.

Two things stand out. One of them made me tear – as scenes like these always do. It was on a CBS segment that focused on some young Israeli soliders waiting on the front lines ready to invade Gaza if given the order to do so. These were mostly Frum kids… wearing Kipot Seruga. The camera crew recorded them with Tefflin on their heads… some of them wearing Taleisim -I assume the married ones. This video was obviously taken during Shachris.

The tears in my eyes were there for two reasons. One was the pride I had in these young men for giving their all for their country and their countrymen. They seemed unafraid and brave… and yet they must be scared at the possible consequences of an invasion. That these young men are both observant and so brave – willing to put their lives on the line is a Kiddush HaShem of major proportions.

Back to the networks. Of the 3 ABC is so far the most biased. They focused almost entirely on the suffering of the Palestinians in Gaza. The wreckage, the human toll, little children crying; grieving mothers and fathers; funerals with angry mobs carrying little caskets; and the overall increased anger of the Gaza populace telling reporters ‘why’ Israel was the guilty party here. No counter reporting about that from Israel’s point of view.They keep repeating the death toll in Gaza pointing out time and again that that Israel has killed over 100 Palestinians – many of them women and children. While Israel has lost “only” 3 people. They keep showing grieving Palestinian relatives of those killed. Ant they do so without any context. Making it seem like Israel attack in Gaza is state sponsored terrorism. To the extent that they do any reporting about Israeli context at all is prefaced by “Israel claims…” as though they are hardly true… but just claims.

They then say things like Israel’s attacks are counterproductive in that they are only turning the Arab Street against them. As if they were pour best friends until now! In other words, they are parroting and thereby corroborating the Palestinian narrative from Gaza.

It is almost as if the producers of these ABC news segments were Palestinian!

Contrast that with CBS who managed to have reporter Clarissa Ward, at a Hamas news conference in Egypt. She asked Hamas leader Khaled Meshaal point blank if they wanted peace with Israel? His answer: God-willing the American people will wake up and stand with 350 million Arabs rather than to continue to support Israel. Serious reporting. Thee clip can be seen below.

You did not see anything like that on ABC. In fact on Good Morning America it was all laughter and smiles as all the hosts were “yucking it up”- joking with one another right after reporting on all the violence in that area. Missiles flying in all directions; people in imminent danger of being killed or maimed – including their own reporters – and they act as though they just reported who won the local chili cook-off contest. What an embarrassment for them. Have they no shame?! I know that show is all about ‘Happy Talk” but give me a break. There is a time to be happy and a time to be somber. Get a clue – ABC! 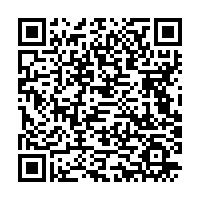