I’m always reluctant to discuss the intersection of science and Torah. It always brings out the atheists and doubters that have an unshakable faith in science. They trust ‘their eyes; more than their faith. I call them the ‘Flat Earthers’. When one looks out at the horizon – what one sees is a flat earth. How dare anyone insult their intelligence by saying that what they see with their own eyes is not the reality? The world is obviously flat. Just look and see. But as we all know, the world is without a doubt round. There is just too much scientific evidence of that.

What if the scientific evidence seems to contradict the Torah narrative of creation? The Torah says the universe was created in 6 days and is only about 6000 years old. But scientists now have produced overwhelming evidence that it is about 15 billion years old. Should we continue to insist that the Torah must be taken literally despite the massive evidence that suggests it should be taken allegorically? To the rational mind that would be an extremely difficult path to follow. And yet the Torah does indicate that the universe is only 6000 years old. Must we deny all that evidence in favor of blind belief?

My answer to that is no. At least not automatically. What I have always tried to do is find ways to reconcile the Torah with the science – without abandoning the fundamentals of my faith.

Fist let me state unequivocally that the bottom line is Emunah. But at the same time we cannot ignore the science when it becomes overwhelming despite what we have always believed to be the case. The world is not flat even though it contradicts what we see. Continuing to insist that it is flat – is laughable.

There are people on both sides of the ideological aisle that insist that their perspective trumps the other. Scientists that are not guided by faith will discard everything that contradicts science. Those that insist on the literal interpretation of entirety of the Torah narrative will deny the science no matter how clearly the science is demonstrated as fact.

In my view there is always a way to reconcile both disciplines that allow our fundamentals to remain intact while accepting what are obvious scientific facts.

Nonetheless the rational mind seeks answers. And to the extent that we can we try and find them. And often succeed. Without abandoning the fundamental principles of our faith

It is with that in mind that I completely reject an article by Rabbi Yeheskel Lebovic in the Jewish Press.  He tried to rebut Rabbi Slifkin’s allegorical interpretation of the 6 days of creation that would indicate that universe is 15 billion years old. Which is what science tells us is the case.  He actually believes that it is heretical to believe that.

Now I have no problem with those who insist on believing that the universe is about 6000 years old. God can do anything. If God wanted to create the world 6000 years ago – to look 15 billion years old, that is exactly what he did.  They are entitled to their beliefs. But they are not entitled to reject a more rational approach.

If we are to believe that the world was created 6000 years ago but intentionally made to look old – that would mean that God intended to fool us. Why would God create a universe 6000 years ago with massive evidence to show it is much older? That is ridiculous. And yet that is what Rabbi Yeheskel Lebovic is trying to say. Here is a pertinent excerpt:

The Torah is very clear in its description of creation: God created the world in six days and rested on the seventh. That is why the week throughout history has consisted of seven days and why Shabbos is celebrated on the seventh day. Some people claim these seven days are seven time periods, but how exactly are these periods distinguishable? In what meaningful sense can billions of years be said to be “seven days”?

Rabbi Lebovic then completely rejects the Rambam’s view that certain portions of the Torah are allegorical – relying on the Ramban’s rejection of the Rambam.

He is entitled to his views. But he is not entitled to dismiss the Rambam and imply that relying on him is Apikursus. Further implying that anyone who does is a heretic.

I am not going to go into details why I believe the universe is 15 billion years old. I have already done that in the past. Suffice it to say that the evidence is overwhelming. What I will however do is refer to what I consider a seminal lecture delivered by Rabbi Aryeh Kaplan to a gathering of Orthodox Jewish scientists back in the 70s. In that lecture Rabbi Kaplan used sources in the Torah, Kabbalah, the Talmud, Rishonim, and Achronim to demonstrate that the universe is 15 billion years old. He even ridiculed those that believed it was only 6000 years old.

This does not mean that we can allegorize the Torah any time we believe it contradicts science. Ultimately Judaism is based on faith. Faith is about truth, not scientifically proven fact. If our faith were to be proven scientifically it would cease being faith. As believing Jews we find truth through our beliefs.

What it does however mean that we should not dismiss science that seems to contradict the Torah. And certainly not dismiss Torah sources that corroborate science as Rabbi Lebovic tries to do. 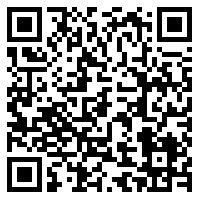