Attorney Dr. Jacob Weinroth, one of Israel’s most prominent lawyers, passed away on Tuesday at the age of 71 after a long struggle with a serious illness. Weinroth represented Prime Minister Benjamin Netanyahu, as well as then Foreign Minister Avigdor Lieberman, singers Eyal Golan and Kobi Peretz, the late Minister Binyamin (Fuad) Ben Eliezer (Labor), and Judge Moshe Gilad.

Weinroth recently retired from representing the Prime Minister’s wife, Sara Netanyahu, in a corruption case, after advising her to apologize and pay the few hundred thousand shekels she was accused of mishandling. She did not heed his sage advice.

Weinroth lived in Ramat Gan, was married to Giselle and the couple had six children.

Weinroth was born in Ansbach, Germany, to Jewish-Polish parents. His family immigrated to Israel in 1949 and settled in Netanya. He studied at Rav Amiel’s Yeshiva in Tel Aviv and later at the Ponevezh Yeshiva in Bnei Brak and later at the Mir Yeshiva in Jerusalem. He was ordained as a Rabbi and did his regular service in the IDF infantry. He did his reserve duty in the Military Advocate General’s Corps.

His doctoral thesis, titled “The Law of the Rebellious wife,” dealt with halachically acceptable ways to force husbands to divorce their wives. His thesis included a bill proposal that was later enacted by the Knesset, the 1995 Rabbinical Courts Law, which was approved by leading Rabbis and improved the situation of agunot. The legislation is still known as the Weinroth law.

Weinroth was member of the Tal committee, which devised the most effective to date law facilitating the IDF draft of Haredi youths. The law was annulled as enlisting an insufficient number of recruits by former supreme court president Dorit Beinisch in her last days in office—creating a perpetual coalition crisis and actually causing a reduction in the number of Haredi recruits.

In 2009 Weinroth was indicted for bribery and money laundering, and in 2011 he was cleared of all the charges. 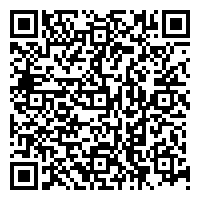